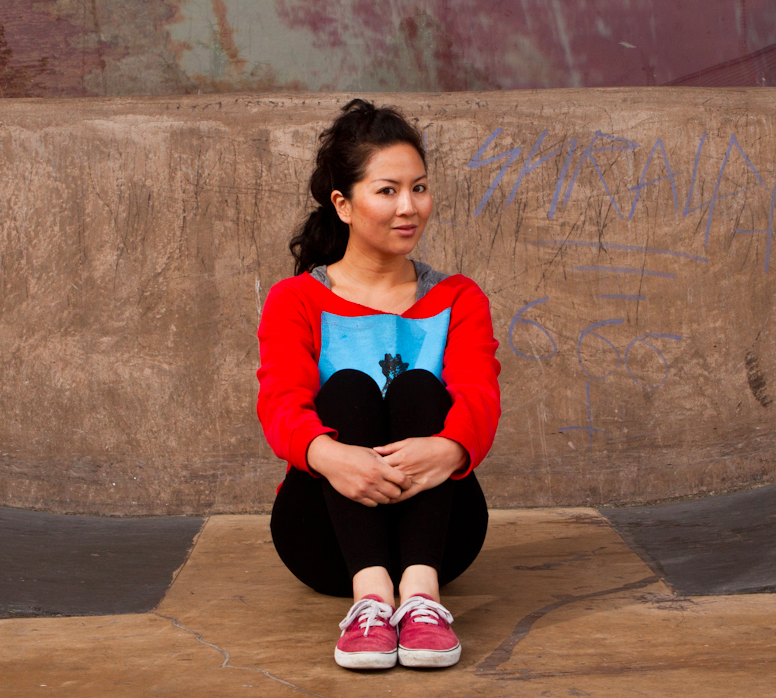 Trendsetting and trailblazing — this bad to the bone skate chic is breaking social norms.

Skateboarding might not be the first thing that comes to mind when you envision a popular sport for women, it’s usually soccer, tennis, basketball or even golf. Despite the social norm—this is only a small hiccup for 30-year-old Nancy Chang, who has been blazing new trails and changing that stigma the moment she started skateboarding in the mid-90’s.

Not only is she working hard to change people’s perception and making skateboarding a more mainstream sport for young women, but she’s also using the sport as a platform to empower women and young girls in communities all along the West Coast to help them grow into confident leaders and strong individuals.

As the current Board Chair for non-profit organization Skate Like a Girl and teen program coordinator for the City of Redmond, it’s no wonder that L’oreal Paris named Chang as a Women of Worth in 2008—we’d say she’s a mover and shaker, and doing it pretty darn well.

Skateboarding culture first became popularized by cult classics such as the 1986 movie Thrashin’and 1989 Christian Slater hit Gleaming the Cube. Unfortunately, this image of non-conformist, rebellious youth has continued to attach itself to current skateboarder culture—but Chang has set out to help revise this label.

“One reason that I am involved in Skate Like a Girl – is to help create opportunities to challenge the stereotypes in place – for both girls and guys, and support skaters that want to make skateboarding inclusive and accessible to non-skateboarders. Most of the outreach is for young people – to give them voice and leadership roles to create positive images that best represents the diversity in skateboarding,” she said.

As part of her graduate degree project at the University of Washington, Chang started volunteering with Skate Like a Girl in 2006 and teamed up with co-founders Fleur Larsen and Holly Sheehan to help turn the organization from a grassroots group to a non-profit organization. Now, they have chapters in Seattle, San Francisco and Portland and Skate Like a Girl has continued to evolve and grow tremendously over the years.

According to their mission statement, Skate Like a Girl is a unique organization locally and internationally providing an innovative approach to female empowerment and leadership focusing on the individual level, and promoting women’s skateboarding on the community level. Their goal is to create a collective of girls and women who strive for social justice.

Chang is at the forefront of this mission and is helping to create more inclusive communities and neighborhoods that value skateboarding as a recreational activity and are proud to help support the implementation of skateboarding programs and parks. Most importantly, she is promoting diversity and equality through a commitment to serving girls and women of all socio-economic backgrounds.

“We recognize that supporting girls means creating a community that values girls and women—this is why in addition to our gender specific programs we provide coed programs and run community events with the support of male skateboarders,” she explained.

“Skate Like a Girl has really turned around the insult “you____ like a girl” into something where girls are happy to claim, and even young men – are proud to say they are part of a Skate Like a Girl program,” Chang concludes.