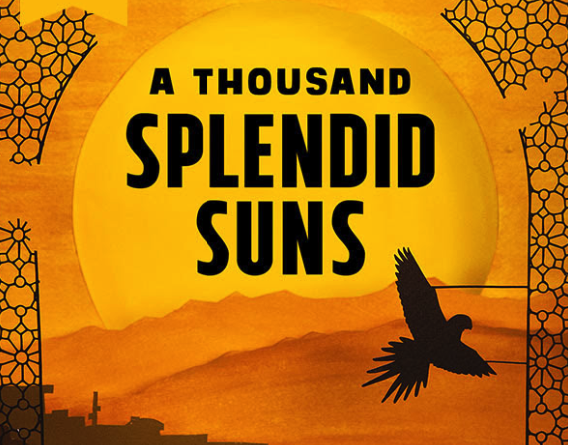 When I read The Kite Runner for the first time, I was in awe. The story painted a picture of what life might be like for fathers and sons in war-torn Afghanistan and it was of course heartbreaking. But as a writer, I was inspired by author Khaled Hosseini’s character development, and uncanny ability to draw readers in and empathize with the protagonist—even after he stepped aside and allowed his best friend to be raped.

When Hosseini’s second novel A Thousand Splendid Suns came out, it could not have been more different than the first. Although both take place in Taliban-ruled Afghanistan, Kite Runner shares a story from the male perspective, while A Thousand Splendid Suns gives a glimpse into the lives of Kabul’s oppressed women during this same time. Their story is haunting and necessary to tell – even here where it’s shared through the lens of a male writer.

Based on Hosseini’s best-selling novel, A Thousand Splendid Suns follows the lives of Miriam and Laila, two unlikely friends who find solace in each other in a country that’s under siege and waged a war against women. “There’s only one skill a woman like you and me need in this life, and they don’t teach it in school. We must endure.” These are the words of wisdom Miriam’s mother shares with her at a young age, and she quickly learns they couldn’t ring truer.

Where gender-based violence is commonplace, and women are valued at the same level (if not less than) house cats, women have endured life in Afghanistan, and the screenwriters and cast in this adaptation painstakingly drive this message home, giving the audience perspective.

The play follows these women’s separate experiences growing up very different lives that eventually bring them together, having married the same abusive, sad, and at times enraged, misogynist husband. What they suffer under his roof they use to fuel their ambitions to rise up in a world that continues to deem them unworthy.

This must-see live performance will be at Seattle Repertory Bagley Wright Theatre October 5th – November 10th. Get your tickets today.