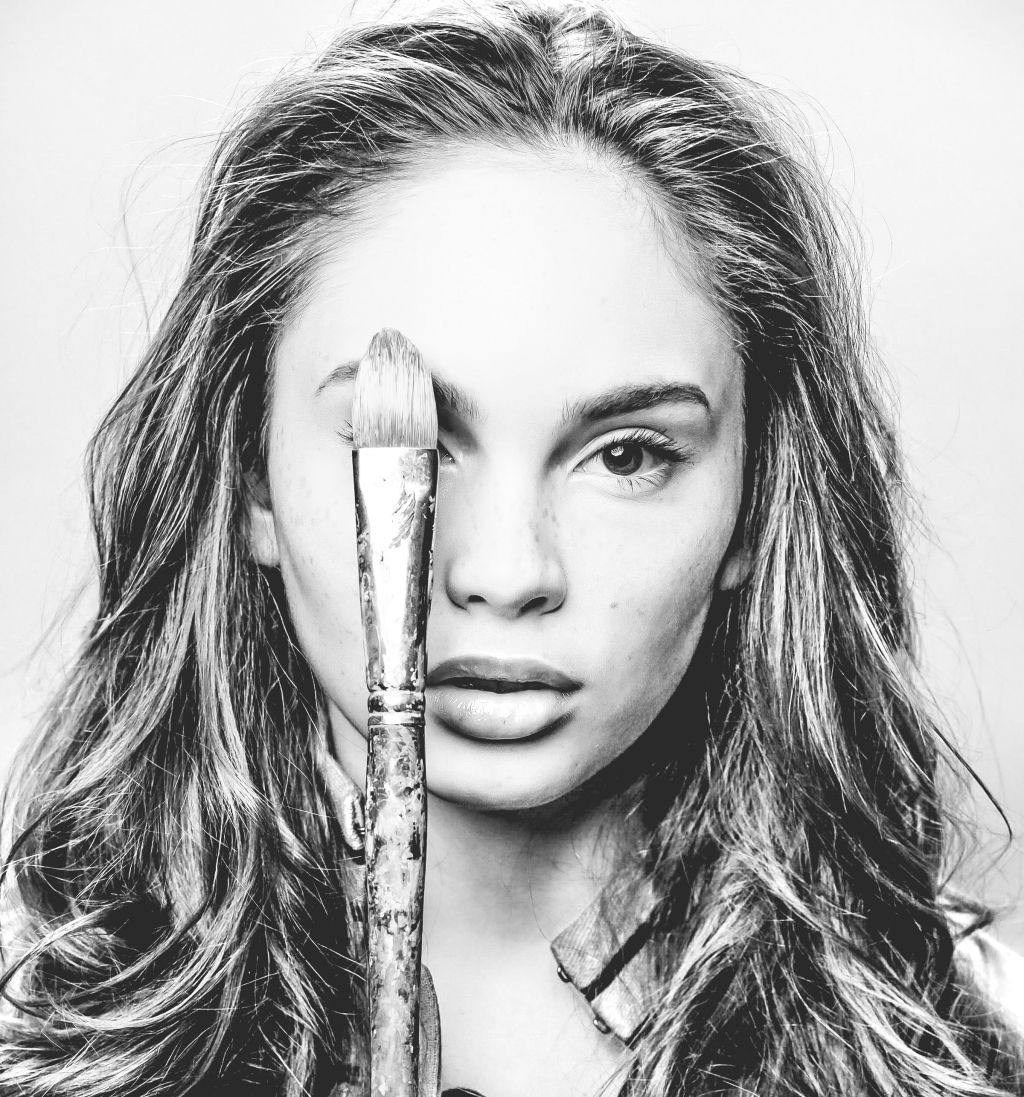 Autumn de Forest is a visual artist from Las Vegas with a long list of accomplishments and she’s exhibiting her work in Seattle this week at the Fairmont Olympic Hotel.

Personally invited by First Lady Michelle Obama, de Forest was the youngest artist ever to represent The President’s Committee on the Arts and the Humanities (PCAH), and also the youngest to have work featured in a solo exhibition in a major American museum. She’s been featured in Forbes and a fashion campaign; “Resurrection,” an original creation of hers that was presented to Pope Francis, hangs in The Vatican; her work has sold for over $7 million. And that’s just a small sample of her achievements to date.

There’s far more to extol about de Forest than her aesthetic talents, however. The distinguished painter also doubles as a humanitarian, not only benefiting charities but also visiting schools and leading workshops around the country to promote art and inspire hope and healing in the process. Enacting social change is also a mission of hers, like appearing in the 2018 music video, “Youth”; a work of Shawn Mendes that confronted the epidemic of school violence in our country.

If all of that weren’t impressive enough, here’s the real kicker: she’s only 17 years old.

Hailed as an artistic prodigy (a title she appreciates, but humbly brushes off) since she was in elementary school, de Forest has spent over a decade with a paintbrush in hand, encouraged by supportive parents to pursue her natural gifts and abilities. At a time when Generation Z often bears the brunt of harsh critique, de Forest’s remarkable repertoire reminds us that wholesale dismissal of young people as lazy or apathetic is undeserved.

A misconception about her as an individual is that she doesn’t get a chance to enjoy herself like other teenagers. “I get this feeling that [some people who view my art] imagine my life as being, you know, locked in a studio, you know, dark room; like a candle… [that] all I do is this grueling job of painting…that’s pretty much my life. It’s clearly not true. The creative process…it can be a complicated process. But also it can be great…I can have a lot of fun too,” she clarifies.

Though she makes room in her life for recreation, it is evident that de Forest is a hard worker, and shows no sign of interrupting this momentum. She reveals that she’d love to visit other places and work with youth, especially in areas that are disadvantaged. “I’d love to work with kids and bring the power of creativity to different parts of the world,” she says. A collaboration with other creative minds like the influential Shepard Fairey is also on her artist bucket list. De Forest would also like to explore different styles and genres, evolving as an artist and coming into her own.

Although she has visited various parts of the globe, this will be de Forest’s first visit to Seattle! A couple of highlights of the upcoming exhibition will be “Whale What’s Next,” where her work faces the perils faced by aquatic life, and “The Power of She,” which explores some of her feminist side. For more information, see below: