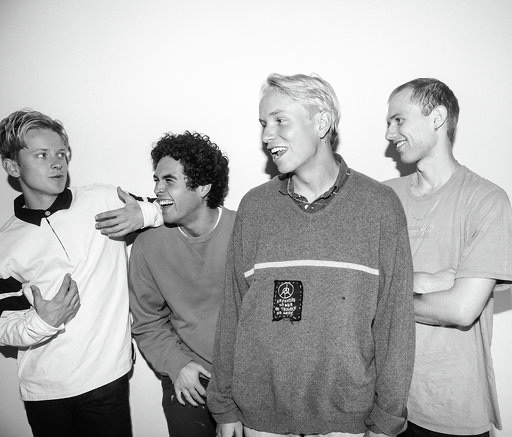 California rock band SWMRS are about to hit the road for a run of dates supporting Matt and Kim. The band will be coming through Seattle on November 2 at Showbox SoDo.

For their latest album, SWMRS teamed up with producer Rich Costey (Muse, Death Cab for Cutie) with the sole intention of creating something new within the rock genre. Incorporating hip-hop influences and electronic production, the album is a big departure from the west coast punk sound of their debut.

Seattleite: Tell us about Berkeley’s on Fire and what inspired your single “Lose Lose Lose”?

SWMRS: BOF is our band’s attempt to do something completely new. When we were in the studio with Rich Costey, the word that came up the most was “modern”. More than anything, we wanted the record to be modern. In our opinion, rock can be either safe or thin, and we wanted neither. “Lose Lose Lose” is the pinnacle of what that means. We wanted something ferocious, yet equally intricate and fun. I think it’s one of the best songs my brother has ever written.

S: Tell us about your name—where did it come from and what does it mean?

There’s honestly not that much meaning behind it [haha]. We just all grew up surfing and spending every day at the beach in the summertime.

S: How did the tour with Matt and Kim come about?

We had featured on their song “Forever” a year or so ago, and we’ve always liked their music. Very happy they asked us to be on the tour!

S: How would you describe your sound?

Modern dance punk with some fast skate songs and some relatable love songs.

S: So I hear you guys are from Oakland. What’s one of your favorite spots to eat there?