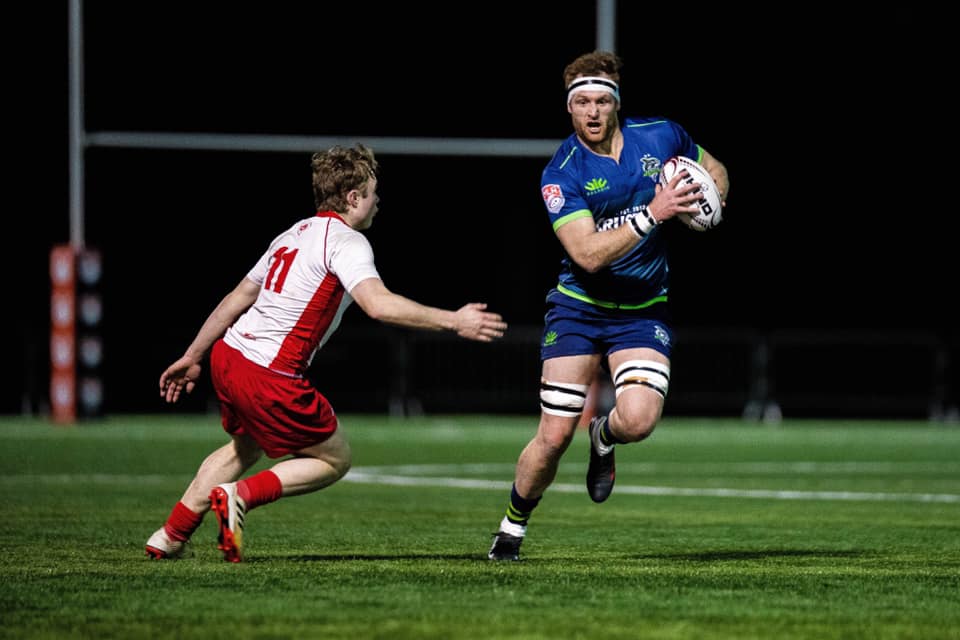 The longer you reside in Seattle, the more you realize that it’s a city with almost everything to offer—and that includes our very own rugby team, the Seattle Seawolves.

Rugby, a fierce contact sport that is predominantly played in Europe but has players around the world, is gaining traction in the U.S. Rugby is a tough sport and is notorious, in part, for its lack of pads and helmets—a feature which increases the stakes for its global audience. 2018 marked the inaugural season of the Seawolves, and they went on to claim the MLR (Major League Rugby) Championship their first year running. They returned the next year just as hungry as ever, winning a second MLR title in 2019—quite the impressive feat. They’re back again to make it three for three this season.

Of course the players’ athletic prowess is unmatched on the field; however, they can’t claim all the credit: Coach Kees Lensing has also contributed to the team’s success as well. A native of Namibia, Lensing has played rugby since he was seven years old. His impressive skill took him all over the world, including to the 2003 and 2007 World Cups. A back in jury in the latter competition left him unable to play what he had loved for so long, but as a coach he was still able to stay involved with the pastime he’d revered for so long. Lensing loves developing teams and seeing them enjoy themselves as they compete. As a bonus, there are benefits off the field as well, “[Another thing I love about coaching] are the places it will take you and the people you will meet.”

Coach Lensing was in Japan, in fact, when he met his now-wife, an American and Bellingham, WA native.  Once the Seattle position opened up, he seized it: “The timing was perfect, the place was perfect, the team was perfect. Great players…and they play a great game.”

Seattle fans too are unparalleled. Of last year’s championship, which filled a stadium with 40,000 people, Lensing recalls, “Seattle was the loudest crowd in the competition. We couldn’t hear each other on the field. I was amazed by the fans.” The opposing team was apparently surprised by Seattle’s capability for fandom too: “The New York [Rugby United NY] players’ eyes were really big.” They weren’t expecting our intensity, but if you’ve been to any sporting event for a Seattle team, rugby or otherwise, our support is well known.

The Seawolves have their work cut out for them, but we’re fully expecting them to take home another MLR Championship. After all, all they know how to do is win.

Want to catch the Seawolves live in action? The home opener match is this Saturday, February 22nd at 7:00 pm at Starfire Sports Complex. Tickets for this game are going fast, but as of this writing there are still some standing-room only spots available, as well as a few ADA seats remaining. Can’t make it to the game? Visit one of these places to watch on TV with fellow Seawolves fans!