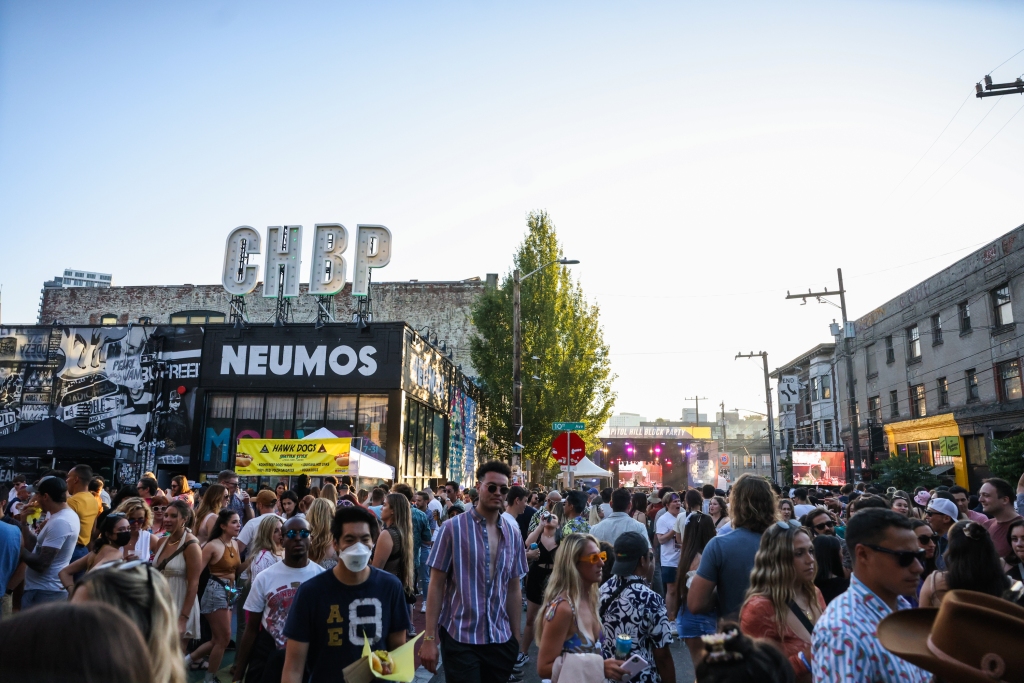 Capitol Hill Block Party (CHBP) is such a fun music festival. In the heart of Capitol Hill, the energy is joyous and there’s a community feel. After two+ years of pandemic living, it’s great to be around people again (even though, importantly, the pandemic is not over). Everyone is having a good time, hanging out with friends, and soaking in the sunshine we’ve been (im)patiently waiting for all year. Also, can I just say, having Pike/Pine closed for the weekend to cars is absolutely amazing. I’m sure it’s a nightmare for cars, but it’s just so nice to not have to deal with cars street parking, failing to yield to pedestrians, and generally being an annoyance.

One of the best parts of CHBP is discovering new (to me) artists and bands. I love that there are several stages and wandering from one to another is a great part of the enjoyment of this festival. It’s never a dull afternoon at CHBP and as much as I generally really love the headliners, I don’t stay for long. By the time nightfall rolls around, I’m tired and it gets so crowded I just have to go. I manage to stay for a few songs and then I’m done for the night.

That all being said, as always, CHBP killed it with a great lineup this year. See you next year!

Here are five of my favorites from the weekend, my favorite tracks from each, and how to listen to them:

TOKiMONSTA also known as Jennifer Lee, is a record producer and DJ based in Los Angeles. She has collaborated with Anderson .Paak, Isaiah Rashad, Selah Sue, and ZHU. “Get Me Some” with Drew Love and Dumbfounded is a really catchy funk pop song perfect for summer.

Magdalena Bay is a band I’ve been following for a while but had never seen live. The synth-pop and electronic duo consists of singer-songwriter Mica Tenenbaum and producer Matthew Lewin.is from Miami and now based in Los Angeles. “How to Get Physical”, “U Wanna Dance,” and “Killshot” are some of my favorite tracks.

Remi Wolf‘s funky soul pop sounds are instantly likable and very danceable. At 17, she appeared on the thirteenth season of American Idol and debuted her studio album, Juno, in October 2021. “Pool”, “Hello Hello Hello”, and “Disco Man” are some of my favorite tracks.

Breaks and Swells is a Seattle band with funky, soulful, and jazzy tunes. Marquetta Miller is the lead singer with a warm and vibrant voice. The “Outro” with repeating lyrics, “we will not despair no no” is one we could all use as an anthem these days.