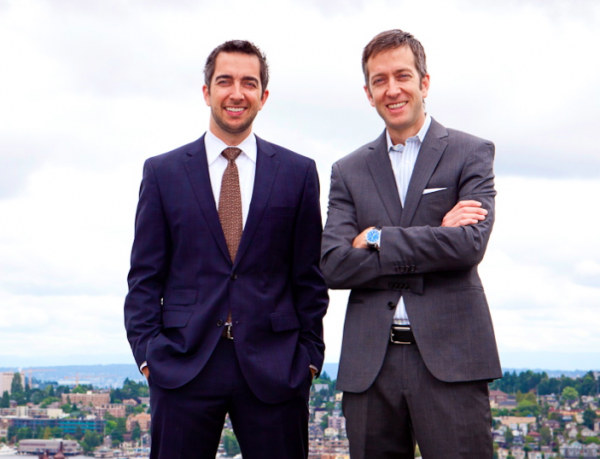 As the third generation to run Canlis Restaurant, brothers Mark and Brian Canlis havegrown up watching the very large shoes they have to fill. Their grandfather Peter Canlis opened the restaurant in 1950, and their parents, Chris and Alice, took over in the 1970s. Taking on the family business in 2005, Mark, 36, and Brian, 33, have reinvented the restaurant to reflect a new crowd.

Originally from Seattle (living downtown and in Queen Anne), Brian and Mark’s backgrounds eventually led them back to their hometown to follow in their family’s footsteps. Both brothers are Cornell University alumni and have served in the U.S. Air Force. As the leader of staff at Canlis Restaurant, Mark focuses on guest and community relations, while Brian spearheads business development, product reinvention and future opportunities.

As they carry on a family tradition, the pair take running their restaurant seriously. “Fine dining is kind of a lost art,” Mark said. “The attraction and the romance and the swank, the allure of going out—dining out, I’m not talking about eating, I think Seattle’s a great town to eat in—it’s one of the best eating towns in the country. But when it comes to dining, that’s different.”

In a food network culture that tends to celebrate the chef and food, Mark and Brian strive to put their customers first. “We try to put the guest on the pedestal, and we want to revolve around them,” Brian said. “The way guests feel when they’re walking out the door, that’s what matters,” Mark said.

The brothers note that while their grandfather was all about perfection, excellence and glamor, their parents focused more on hospitality and warmth. Now that they’re in charge, Brian and Mark want to combine both styles.

“We’re kind of a hybrid between generation one and two,” Brian said. “We brought back a lot more passion for the details of food, for service, for a lot of the excellence factor that Peter Canlis was so crazy about. But [we] completely embrace the warmth and hospitality that my parents brought [to the restaurant].”

The best part about running your own restaurant? “You’re playing with things you like, and you’re scheming all day on how to make people happy,” Mark said. “There’s sort of an uplifting ethos and mission to running a restaurant.”

The Canlis brothers even seem to embrace the more difficult aspects of their jobs. Describing his work as challenging and holistic, Brian paints his brother and himself as jacks-of-all-trades. Tending to maintenance issues, dealing with the budget, and being very knowledgeable about wine and food are just a few areas of expertise their jobs demand.

“It’s challenging and fun because you surround yourself with incredible people,” Mark added.

Even with all the challenges that come along with running a business, the brothers avoid butting heads too much. “I think we’re fortunate to be very aligned in what we believe about this restaurant and where it should go and how to get there,” Brian said.

“And so when you have a shared vision, there’s not a lot of head butting,” Brian said. Although, Mark added, “It helps that I’m always right.”

Brian and Mark credit the entrepreneurial spirit of Seattle with their restaurant’s success. “It’s the most beautiful corner in the world,” Mark said. “It’s a very relevant town. I like the philanthropic burden Seattle feels. I like its cutting edge thinking. It’s an exciting place to be. I also think it’s a town that’s not yet… Seattle’s young.”