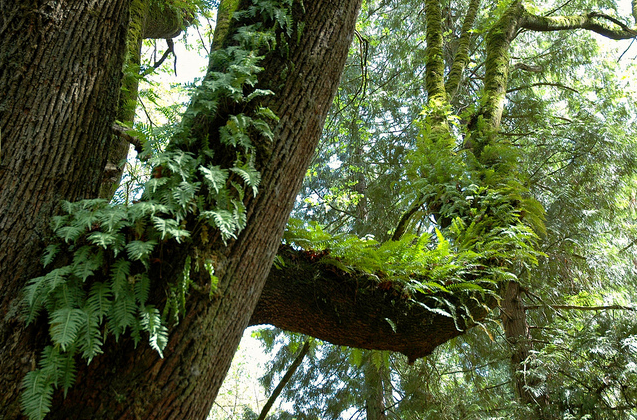 According to the Green Seattle Partnership, our beautiful city is at risk of losing as much as 70 percent of its lush, evergreen forests in the next 20 years. Inspired by this staggering statistic, the partnership has teamed up with EarthCorps to give eco-conscious Seattleites the chance to change the tides — and get a little dirty along the way. 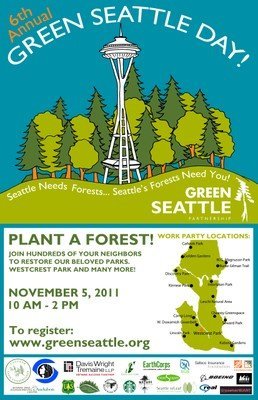 The sixth annual Green Seattle Day will be held at several Seattle parks on Saturday, Nov. 5. For four hours, volunteers will plant native trees and shrubs, weed, mulch and remove invasive plant species that threaten the health of the forest.

Founded in 2004, the Green Seattle Partnership is a joint venture between the City of Seattle and the Cascade Land Conservancy. Their mission is simple: to “restore forested parks and instill a strong sense of civic pride by connecting urban youths and adults with opportunities to work and learn outdoors, become more engaged in their neighborhoods and cultivate a lifelong ethic of community volunteerism.”

Speaking of volunteerism, no green thumbs are required to help restore Seattle’s forest. Anyone can volunteer for Saturday’s main event at Westcrest Park, which will take place between 10 a.m. and 2 p.m. In addition, work parties will perform similar projects at several other area parks, including Seward Park, Warren G. Magnuson Park, Leschi Nature Area and Golden Gardens. A full list of participating parks can be found online.

Organizers say the purpose of the event is twofold. It is a celebration of Seattle’s urban forests, as well as a chance for the citizens to join them in their efforts to restore the forested areas of the designated parks. Any interested volunteers are encouraged to register online.