Watch your favorite characters and stories come alive on stage.

Get ready to laugh and cry at Broadway Bound’s timeless performance of Seussical the Musical, in which everyone’s favorite characters are transformed in this theater adaptation of Dr. Seuss’ beloved books. Some appearances include those of The Cat in the Hat, The Grinch, Horton, and Yertle the Turtle, played by three different casts of young actors. Whether the scene is the Jungle of Nool, the Circus McGurkus or the invisible world of the Whos, the audience will be captivated by the imaginative way the stories come to life.

Seussical is centered around Horton the Elephant, who faces a world of dangers from which he must protect an egg that has been abandoned by the irresponsible Mayzie La Bird, as well as his tiny friend Jojo and all the invisible Whos. Gertrude McFuzz is the only one who supports Horton through all the difficulties that he endures, and he ultimately succeeds in his goal at the end with the powers of friendship, loyalty, family and community. 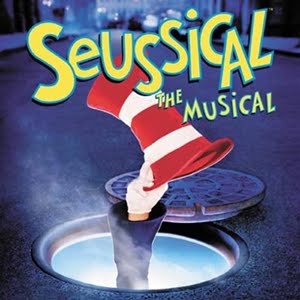 The show was written by Tony Award winners Lynn Ahrens and Stephen Flaherty, and is directed and choreographed by Sonya Shaw.

It is fully supported by professional designers and staff, and features live musicians, wireless microphones and very creative scenery, costumes and props. A list of the cast is available online.

Who: Seussical will entertain all ages, so bring the whole family to this quirky show.

When: Performances begin Friday, June 8 and continue through Sunday, June 17. For specific times, you can check the performance schedule online.

Where: The show takes place at the Broadway Performance Hall (1625 Broadway, Seattle) on Capitol Hill.