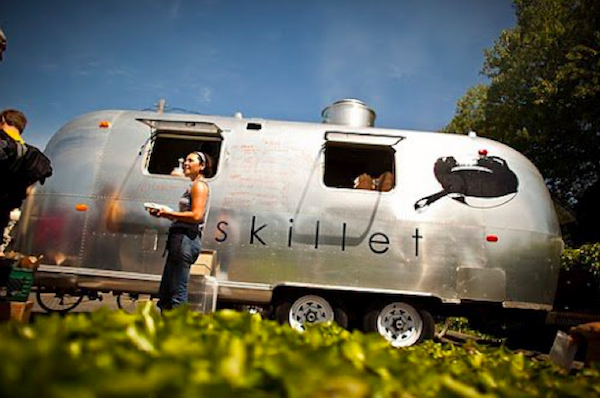 Become part of a culinary trend that is sweeping through the nation.

Indulge in street food and party the night away at the Skillet Cookbook Launch Party.  This year marks the five year anniversary of Skillet Street Food, and Seattleites are getting ready to “hit the beach” at the Shilshole Bay Beach Club in Ballard.

Opened in 2007, Josh Henderson created Skillet out of a vintage Airstream trailer.  He channeled his love for food into the business and took street food to a whole new level, creating American-inspired food menus based on seasonal ingredients.

The menu changes every week, but Skillet lovers continue to seek out their favorite gourmet poutiness and burgers.

Street food has become a new, energetic and urban trend that is sweeping the nation.  Enjoy a roasted pig dinner cooked personally by Henderson and the Skillet team, get your own personal signed copy of The Skillet Cookbook – A Street Food Manifesto and celebrate in its launch with music and dancing.

How Much: Tickets are $60 per person, or $100 per couple, and can be bought at Brown Paper Tickets.