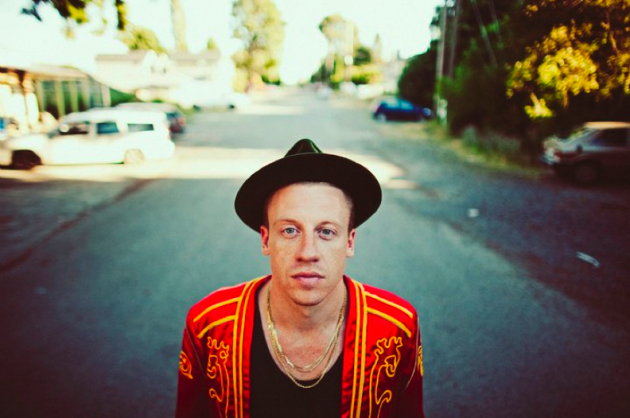 The introspective rapper enjoys his biggest year to date.

As a teenager, Capitol Hill native Ben Hagerty dreamed of becoming a successful rapper. Today, the Seattle hip-hop scene is in full swing – and Hagerty (aka Macklemore) is considered one of the movement’s founding fathers. Thanks to a massive worldwide tour and highly anticipated album slated for release next week, this socially conscious MC is preparing to make the leap from local favorite to national icon. Who did you listen to as a kid?

My first memory of music was ‘The Heat Is On’ [by Kenny Loggins]. My second memory is Digital Underground and ‘The Humpty Dance’, when I was seven years old.

It all depends on what you define as a ‘live performance’. I was performing for my family at reunions and anybody my parents had over for a dinner party. I performed for anybody and everybody, from a very early age. But the first time I got up on stage and did my own music, I was probably 15 years old. That was a little while ago, but I remember just loving the feeling of being in front of the crowd. Also, I had no breath control, so I ran out of breath within 30 seconds.

When did you realize that hip-hop was not only something you were passionate about, but also a potential career choice? 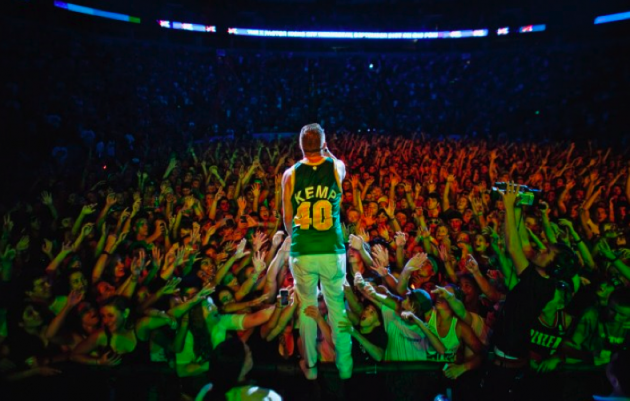 Prior to making it big, you were part of the Gateways program at Green Hill, a maximum-security juvenile detention facility. How did this experience shape your career?

It gave me a lot to write about, being around youth who were incarcerated. It gave me a broader perspective on our country’s prison system and judicial system, and exposed me to a lot of amazing individuals who were locked up since they were 12 or 13 years old. Green Hill is where, as the system would call it, the ‘worst of the worst’ type of kids lived. However, it’s completely not that – they were incredible kids who just got caught up in other things. It was an intense experience and it gave me a lot to reflect on in my whole life.

Since a lot of folks probably have preconceived notions about what defines our city’s music scene (i.e. grunge), how do you explain Seattle hip-hop to people when you’re touring across the U.S. or overseas?

I don’t think that Seattle hip-hop is something you can describe in terms of sound – it’s very difficult to describe actual sound for me. What I do describe is the scene and how much it’s grown in the last decade. When I first started 14-15 years ago, it was something that was extremely tiny. The ‘scene’ was a couple hundred people at most, and most of those people also made art. The scene survived off of artists supporting other artists.

Now, in 2012, we have a scene here that’s massive. The last show we did in Seattle was for 10,000 people. We have so many different sounds, so it’s hard to pinpoint one. One thing that gives a common bond for all the hip-hop coming out of Seattle is that we make music in the rain. It’s raining all the time here, which forces you to be inside more, to be creative and not be distracted by the sunshine. When you’re inside, you write a lot more. There’s a natural element there.

How did you meet your longtime collaborator Ryan Lewis, and when did you realize you complemented one another so effectively? 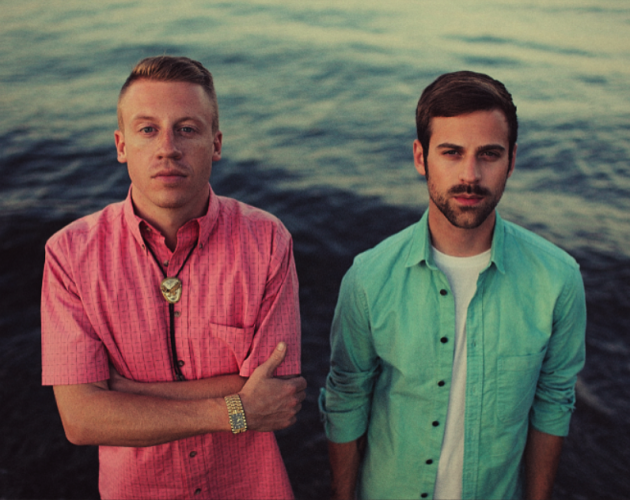 I met Ryan on MySpace in 2006. He was a beat-maker, and he was super young. He wasn’t a great producer at the time, he had just gotten into it. I watched him really grow. The first thing I noticed about Ryan was how seriously he took his craft. I was very serious about mine, as well. I watched him progress and evolve, and turn into an amazing beat-maker and producer.

We started working on an EP, and that turned into VS (2009). It was the evolution of watching a friend get completely better at their art. We both have a great attention to detail, we’re both perfectionists, and we both (for the most part) have a similar aesthetic in terms of what is good and what is bad art. All of those things combine into us making sense as a team.

In February, you appeared on the cover of XXL as part of the ‘2012 Freshman Class’, with the likes of Future, Danny Brown and Kid Ink. When so many well-renowned young rappers get together in one room, what do you guys/girls talk about?

That was an interesting day. A lot of those people are way bigger than me in terms of being in the public eye. A lot of them are on major labels, a lot of them have radio records, a lot of them are co-signed by bigger artists. We were all on that cover for very different reasons, and that was the cool thing about it. We talked about rap, and industry politics came up. Danny and I clicked from the jump and got along for the entire day, but everyone was really cool. It was completely hilarious to have that many personalities, managers, egos and all that in one building.

In July you released ‘Same Love’, a single that professes support for equality and gay marriage. In your opinion, why is this message important in 2012?

The first thing that brought it to my attention was a newspaper article [my mom sent me] about a gay kid who was 12 or 13 years old that committed suicide. I knew I wanted to write a song from the perspective of that kid. I played what I wrote for Ryan, and his feedback was that it wasn’t my story to tell – that I needed to make it personal to my experience. When I went back to writing a week later, I realized I had a unique perspective because I grew up in the Catholic Church and the hip-hop community. Those are two institutions that generally coincide with homophobia.

So I wrote it from that perspective — from having two gay uncles, a gay godfather, and seeing examples of gay committed relationships my entire life. I wrote it from the perspective of thinking I was gay as a kid, because I cared about my hair, my uncles were gay and I was good at art. I tried to get as personal as possible, yet also hold the hip-hop community accountable and hold myself, my peers and our generation accountable. I think there’s a lot of momentum around the issue right now. Since I wrote the song, great things have happened, such as Barack Obama and Jay-Z coming out in support of [gay marriage] and Frank Ocean coming out. It’s an issue that’s getting a lot of attention right now, and it’s exciting to think that there’s the possibility of equal rights and real change for all people on the horizon.

How do you prepare (physically, mentally, etc.) for a massive world tour like the one you’re kicking off in August with a set at Lollapalooza?

I need to get in shape – running, getting my breath control up, exercising in any capacity, lifting some weights, etc. Just getting my body ready. Also, the duration of this tour is a huge thing. If my voice goes, then the tour goes. So as always, I need to make sure my voice is right, I’m physically fit, and I’m mentally in a place where I’m going to be giving everything I have for 60+ days in a row. 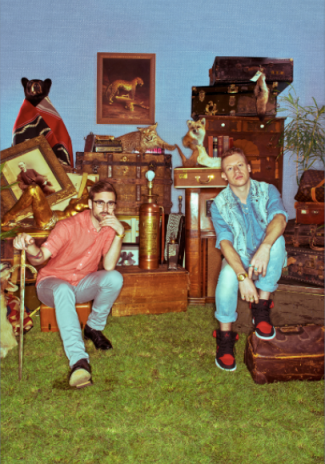 What can fans expect from The Heist, the first full-length album from Macklemore & Ryan Lewis that will debut on October 9?

The Heist is the work that I am the most proud of, to date. It’s something that Ryan and I have put the last three years of our lives into. It’s very personal, like all of my music. There is a range of emotion. There are songs that will make you laugh and songs that will make you cry, and everything in between. That just comes from real-life experiences and trying to channel something that’s bigger than me. It’s going to be 18 songs, three of which are bonus songs. It’s got some great features on it. I’m really excited about putting it out and seeing what the public thinks.

Who are some hot local acts that Seattleites should be checking out these days?

The Physics just sent me their new record, which I love. It’s definitely exciting. Ray Dalton, who sings with us, is a phenomenal singer and I’m really excited about what he’s got going. Mary Lambert (the singer on ‘Same Love’) has an album coming out. She is just a beautiful person and a beautiful voice. Sol put out a record awhile ago, and I’m excited to see what he does. Nacho Picasso and Blue Sky Black Death are definitely making moves. Shabazz Palaces and THEESatisfaction are groups that get press and get a lot of recognition, and are also defining what Seattle music is right now.

When your tour bus pulls into Seattle, what are some of the local haunts that you have to visit before you leave town again?

Well, that’s tough to say because I try to eat healthy on the road. When I get back from tour, I definitely have to go to Dick’s. That’s a necessity. But in terms of the day of, I’ll probably just come home and eat a meal at my house. I like Emerald City Smoothies. It’s just about being home, being around your family and your loved ones, trying to stay grounded and knowing you’re going to be performing in front of more than 5,000 people.