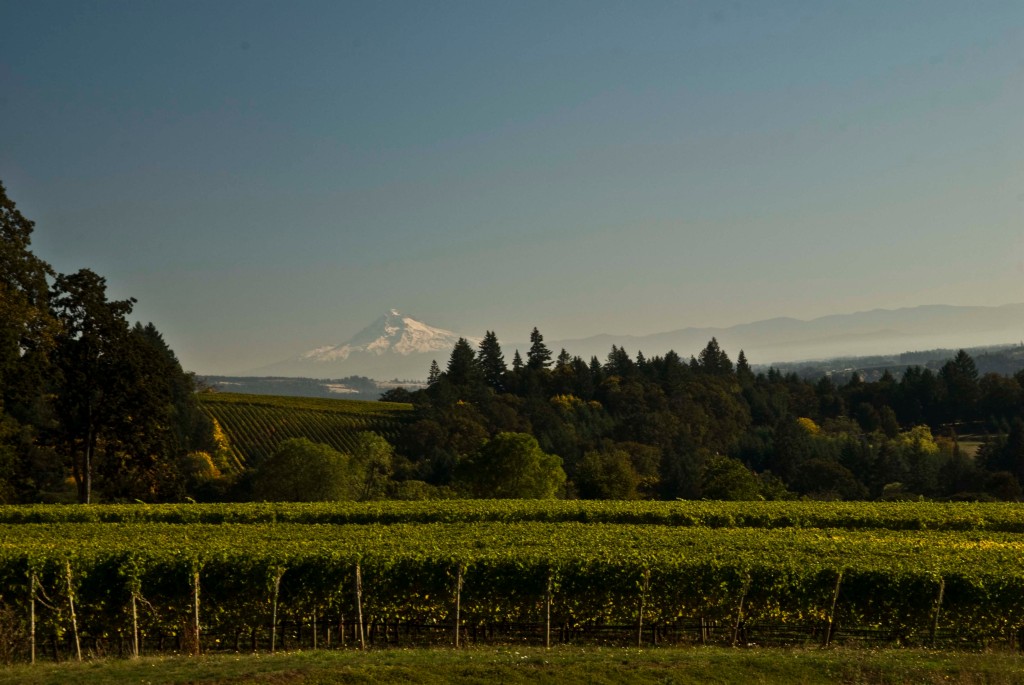 Signing off from Seattleite’s Corks+Forks for the final column, Erin Thomas — out.

It is the end of an era. No, I’m not talking about Monday’s Gossip Girl series finale, the Mayan calendar’s doomsday prediction or even the shuttering of Seattle restaurant icon Rover’s. I speak of this column with this writer — I am hanging my hat with SEATTLEITE. The pleasure has been all mine to drink and eat with you all for the past two years so I thank you for the company and not making me drink alone. Although I would do it anyway. Over the past few years, I have been able to interview, chat and imbibe with a handful of substantial movers and shakers in the food and beverage industry — some spitting out less significant verbiage than others and some gifting me with eloquently crafted quotes, much like their food or drink. A winery to note on the latter reference has been is the environmentally conscious and generous folks at Stoller Family Estate.

Bill Stoller grew up near the expansive turkey farm that eventually became his vineyard property when he and his wife, Cathy, purchased it from a cousin in the early 1990s when they were co-owners in another winery, Chehalem. With advisement from a few Burgundy wine vets, the Stollers planted Pinot Noir and Chardonnay and became one of the state’s leading producers, both in sustainability and quality.

Stoller’s production facility is solar-generated and supplied with gravity-flow winemaking techniques, energy-efficient heating and cooling and waste-water reclamation which the team uses to leverage between modern practices and traditional winemaking. Stoller was the first LEED (Leadership in Enegery and Environmental Design) Gold Certified winery in the United States, meaning the facility itself meets the voluntary, consensus-based national standard for high-performance, sustainable building. Seriously green.

Melissa Burr, the winery’s tenured winemaker, is salt of the earth and wise beyond her years. Burr studied winemaking at Chemeketa Community College and finished her fermentation science studies at Oregon State University which landed her a key role at Cooper Mountain and ultimately brought her to running the show at Stoller in 2003. Burr not only knows the science and the craft, but her Northwest and sustainable roots allow her to know the land in which her work grows in.

Burr’s elegant wines come from Dundee Hills’ largest vineyard site (the old gobblers pasture), surrounded by mountain ranges that support the site with a warmer microclimate, which allows for consistent ripening and leveled alcohol and acidity. The wines are also LIVE (Low Impact Viticulture and Enology) and are Salmon Safe to boot.

The Restaurant: Within the Wolfgang Puck empire that swells in Benaroya Hall, the master chef loosens his grip in MEASURE, the newest eatery to the music space’s collection. MEASURE features local ingredients, sharable plates from fresh and vibrant salads to astonishingly affordable entrees (nothing surpassing $22 at the time of this dinner). The menu is prepared by Executive Chef Erin Cameron (great name), previously of EMP’s POP Kitchen + Bar, who said the restaurant’s goal was to “create a modern, comforting environment for guests” all within two hours prior to curtain call for the multiple shows left in the 2012 season and the more to come next year.

The Dish: Duck Confit ($18) — The thigh (and then some) is placed pristine on the dish with a vegetable jus and roasted veggie smattering around the poultry. Plump and piquant, the little bird packs a big taste and texture overall.

The Variety: Pinot Noir — The prestigious red grape variety of Burgundy, France (often referred to as “Red Burgundy,” Chardonnay is “White Burgundy”), Pinot Noir can stand alone in its characteristics of high-tone fruit like raspberry and strawberry but deeper qualities like mushroom and soil straight from the ground come out depending on the vineyard location.

Why It Works: This Burgundy native and duck go together like a horse and carriage.The bright natural acid of the wine and easy tannin make it approachable for poultry, a more delicate meat. Braised in its own fat, this duck is deep in flavor, rich in texture and craving acid to break through it all.

The Recommended Match: Stoller Family Estate 2010 JV Estate Pinot Noir ($25) –Medium-bodied, fresh and bright, this Pinot Noir is pulled from the family’s younger plantings on the estate vineyard (JV stands for “junior vines”) and offers exactly what it is supposed to for its age. Vibrant red berry fruits of raspberry, red currant and strawberry leaves reveal themselves immediately while sharp cherry, smokiness and spice from oak and earth come on the backside of the glass making it an ideal match for the savory duck dish.

A delicious exit strategy, I don’t mind saying so myself. ‘Tis the season to eat, drink and be merry through music at Benaroya, right? Through the people, the meals, the drinks and the experiences, it has truly been a memorable one. Cheers!