Make your summer juicy at the 6th Annual Tomato Festival

Cedarbrook Lodge’s sixth annual Heirloom Tomato Festival showcases the abundant harvest of vibrant heirloom tomatoes grown locally in the Pacific Northwest. Visitors will have the opportunity to sample heirloom tomatoes as well as heirloom tomato-based dishes and beverages, prepared by some of the top chefs in the region. The event will be held on Sunday, September 11th from 1:00 to 5:00 pm. Purchase your tickets here.

Artisan growers Gene and Geri Prentice and John and Nancy Bromiley will be providing Copperleaf Restaurant with their heirloom tomatoes, a service they provide throughout the season. Each spring the Prentice family offers over 65 varieties of unique and unusual tomato seedlings. The Bromiley family tends over 430 tomato plants on their one-acre farm in Moses Lake, alongside squash, cabbage, corn, and cucumbers, served seasonally at Copperleaf Restaurant.

Among the beverage selections will be the Heirloom Bloody Mary Trio. Guests can sample all three flavors: spicy red tomatoes,citrusy yellow tomatoes and herbaceous green tomatoes. Chefs participating in the demonstrations and tastings at TomatoFare include Steven Ariel of the W Hotel’s TRACE, Mike Easton of Il Corvo, Stuart Lane of Spinasse, Shota Nakajima of Naka and Jacob Wiegner of Blackboard Bistro.

Visitors will be able to purchase whole heirloom tomatoes anytime throughout the day. 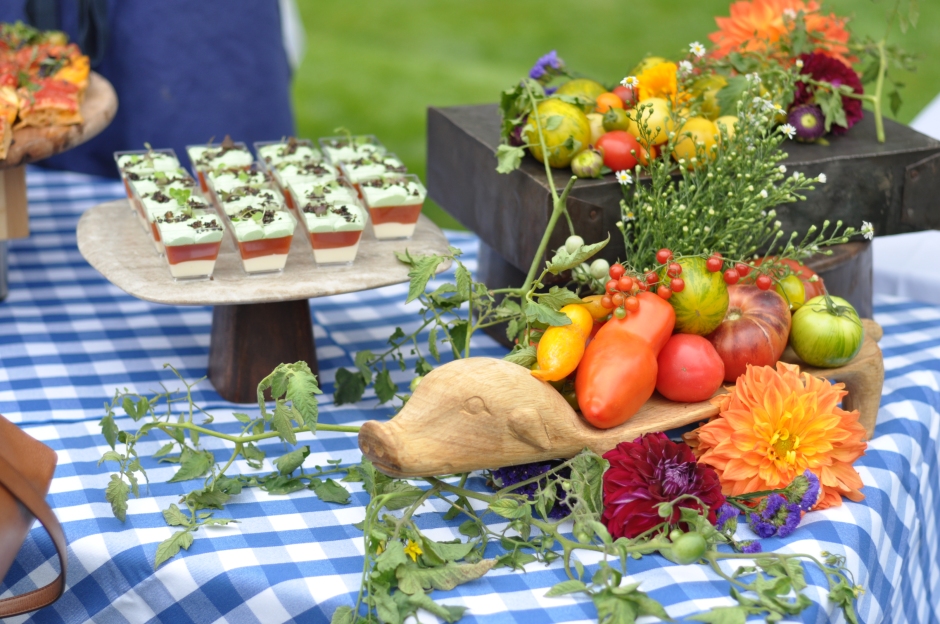 To close out the festival, two musical performances by local artists will perform. Sheryl Wiser, a Seattle-based guitarist and singer-songwriter, will open with her intriguing electric sound, playing soulful, Americana and blues inspired covers combined with her original songs.

For more information about Cedarbrook Lodge or Copperleaf Restaurant visit www.cedarbrooklodge.com or call (206) 901-9268.