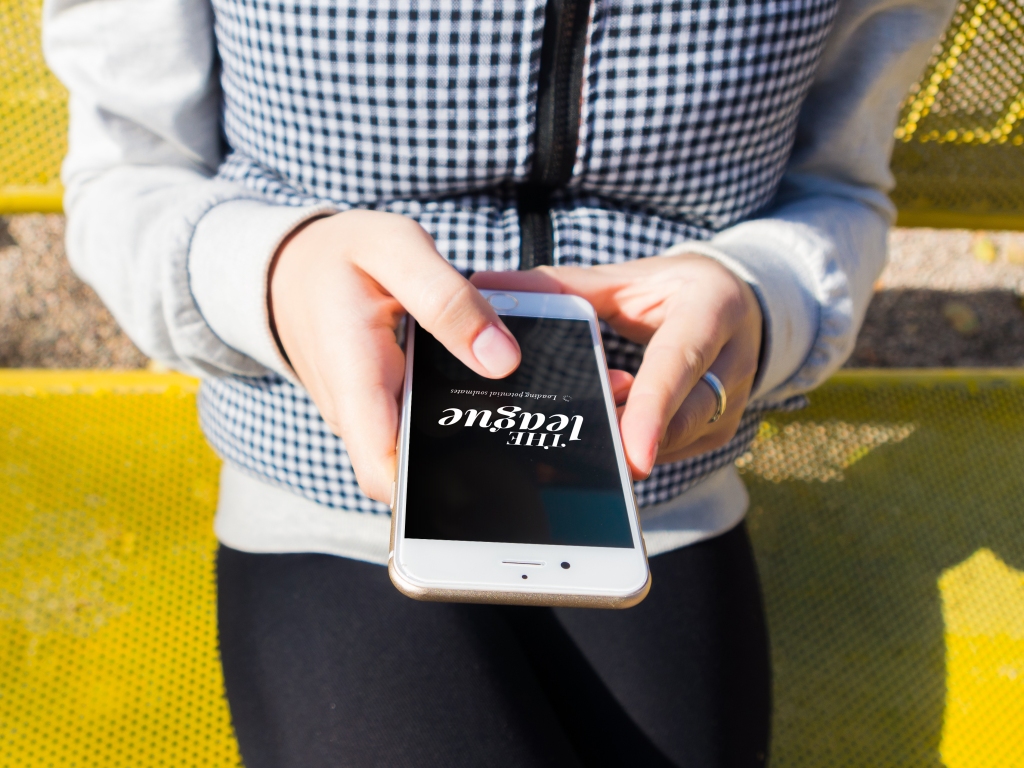 The dating app Seattle has been waiting for.

The League is a dating app designed for highly ambitious, creative, and intelligent singles in metropolitan cities including New York, Los Angeles, San Francisco, Chicago, Austin, and London. Out of 9,534 applicants, 2,005 Seattle professionals have been hand-selected to be a part of the “founding class” when the app goes live in Seattle on August 1st—that’s approximately a 22% acceptance rate. Download The League to get on the wait list.

To celebrate the official launch on August 1st, The League hosted an invite-only party at the Olympic Rooftop Pavilion in Ballard on Wednesday. The crowd of 20s and 30s young professionals was diverse in gender, ethnicity, sexual orientation, and profession. By the time I left around 9 (because I’m a grandma), there was a line out the door of excited and hopeful Seattle singles. If this is taste of what’s to come on the app next week, The League should have a healthy pool of eligible men and women.

I spent some time chatting with CEO and founder Amanda Bradford about the Seattle launch and details about the app. Ahead of opening a new city, Amanda and her team opt for the human touch, by “picking 2,000 individuals from the wait list who put more effort in building their profiles, including quality photos and filling out the interests and “About Me” sections.” She also seeks profiles that fit “the type of ethos we are creating in the community.”

I never considered signing up for The League when I was on the online dating circuit because (1) it wasn’t offered in Seattle and (2) both the name and the publicity led me to believe it wasn’t for me. I have a graduate degree, but I didn’t go to an Ivy, none of my friends own a yacht, and I don’t have a membership to any exclusive clubs. Fast forward to this week when my assumptions were squashed. Anyone can download the app regardless of profession, background, or education and Amanda works hard to protect her brand, placing high value on “building a balanced community with a 50:50 split in male and female users.”

Hear that, men of Seattle? Most dating apps are overly saturated with male users and this might provide a more equal playing field.

The dating market might actually be harder for educated straight women, even in Seattle, which is fairly progressive in views on career-oriented women (which aligns with The League’s mission). Anyone who has tried a dating app knows that dozens of swipes leads to a few conversations, even fewer dates—and often nothing promising.

“Applying” consists of making a profile, linking your LinkedIn and Facebook accounts, and uploading the required six pictures. Then, the app tells you what your waiting list number is and you wait. If you have a League member friend and he/she sends you a referral link, it can help get you bumped up.

You get three to five prospects a day at 5:00pm (hello, happy hour!) and can pay $4.99 (or 1 ticket) for additional prospects. It’s a slower burn than Tinder and Bumble as it may take a couple of days to get your first matches. Keep in mind that the pickier you are in age, height, distance, ethnicity, and religion, the less matches you may have.

There are many pros.

Since you only get a small set of prospects each day, it only takes 5-10 minutes to review them and you have the option of coming back later to make a decision. There’s no pressure of quickly deciding to swipe left or right to get to the next person and then the next. There’s also only so much time you can spend on the app per day, which makes it an intentional, time limited activity that doesn’t become a go-to activity of endless swiping you’re bored.

Prospective singles have a higher likelihood to be compatible to you and your preferences (the app that’s most similar is Coffee Meets Bagel). Because you fill in your neighborhood and your profile grabs your education and job information from LinkedIn, you can skip those boring questions when you’re starting a conversation with a new match. Instead, you already know that they have a job (i.e. not a bum) and can move onto the more interesting stuff.

You get SIX photos! I find this really makes a difference. I got so tired of serial sunglasses wearers, pictures of motorcycles, landscapes, or only one blurry photo on other apps. If you don’t put any effort into your profile (photos and profile text)—the first impression—are you really looking to put effort into dating and a potential relationship?

There are rules and I like that. If you consistently don’t respond, behave offensively (repeatedly getting blocked by users), suggest casual encounters, etc., you could be removed from the community. So, be a decent human being.

Of course, there are cons too.

Both a pro and a con: because you’ve linked to your LinkedIn, you’re automatically hidden from friends, business connections, and coworkers (and there’s currently no option to turn this feature off). If you work at a big company like Amazon or Microsoft, you don’t necessarily need to be hidden from everyone at your company, so it’ll be interesting to see how they iterate this feature in the future.

Given only 22% of applicants in Seattle have been accepted into the “founding class”, the waitlist aspect is sucky and there’s no estimation on how long it may take. Some may get admitted after a day or two, some wait for a month or more, and some never get in.

You might work in tech, are a physician, and/or are very attractive, and still not be “drafted” immediately because of the elusive balance and “ethos” The League seeks to curate. Nevertheless, if you check all the boxes above and endure—because a patience is a virtue and good things come to those who wait, blah blah blah—you will probably get in eventually (I think?).

Below are the Seattle Founding Class statistics. Are you surprised by any of them? I personally had no idea there’s a large percentage of UPenn alumni in Seattle.

All in all, on The League, any other dating app, or at a party or a bar, there will be people you click with and people you don’t. Perhaps The League will be a game changer. Perhaps it’ll just be another app on your circuit. Either way, don’t settle. Happy swiping!