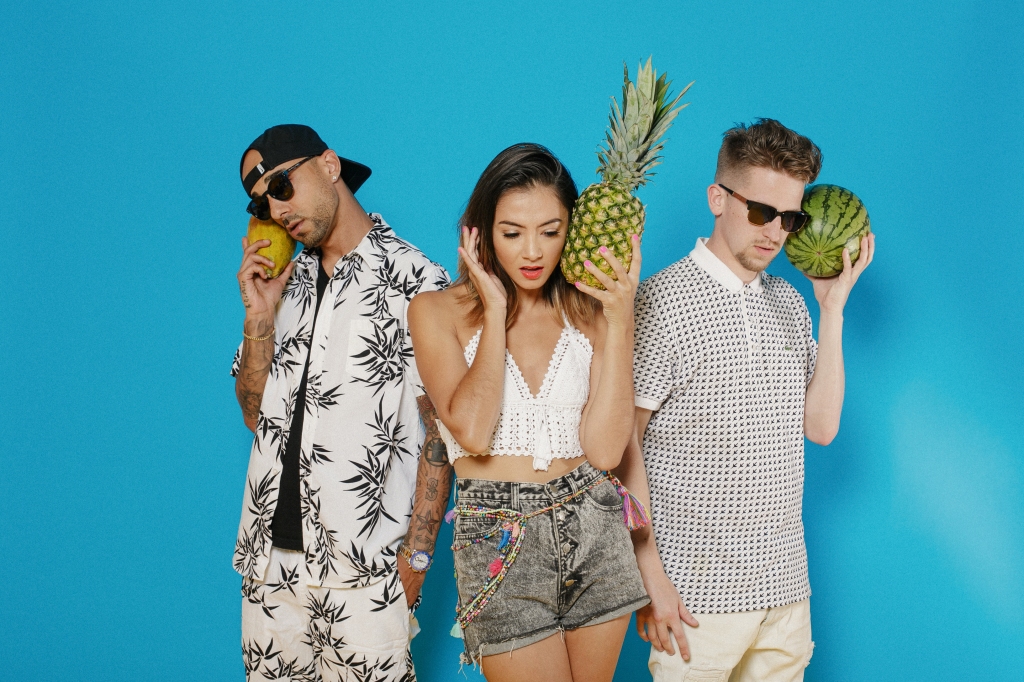 Seattle-based Pacific elites The Flavr Blue have been making waves with their cool-water electronic-pop and R&B since 2012. Their sophomore album Blue Dream is set for release next Friday, 10/27. We caught up with vocalist+producer Parker Joe for a quick Q+A.

Seattleite: Tell us the story of how The Flavr Blue came to be.

Parker: Seattle has always had a rich collaborative music scene around hip-hop, with an indie twist. We all synched up during a time where everyone was making songs with each other, playing shows together. I don’t think I’ve ever been to another city with a stronger collaborative spirit built so deep in its core.

Our individual stories are long, but essentially we linked up when the three of us as individuals were looking for a sonic and contextual deviation from everything around us with regards to hip hop and things that sounded like they came from our “scene.” We wanted to make sure we existed in a larger constellation that included other places and sounds we were inspired by: U.K. garage, Swedish pop, urban pop & RnB.

How did you come up with your band’s name?

The name actually came to us through a friend as we all sat around trying to figure one out. Shout out to Pistol Pete. But we had been talking about the idea of synesthesia—seeing sound as color or producing a sensory reaction of one kind by stimulating a different sense. What would the color Blue taste like? The Flavr Blue.

How would you describe the band’s sound?

I think we’ve always gravitated towards music that was very immersive. As artists all three of us are as interested in how the music feels or sounds as much as we are in our vocal presence as “performers” or “artists.” Isaac and I produce all of the music but Hollis is a producer too in different ways. This word is far too common to have as much meaning as it used to, but I think we would describe our music as a “vibe” before we would say “it’s rap” or “it’s house” or “it’s R&B.” We would never say electronic though. That’s like saying “we use a computer to make music” as opposed to what? Technology is as much a part of music as socks are a part of shoes. It goes without saying.

How has your sound evolved since the three of you joined together in 2012?

Our music has always been a reflection of our exploration of things we like, so it’s a journey that has taken us from R&B to house, electronic, grungy textures, baby-making classic feels and love ballads all the way back around to urban cuts and club ready R&B on Blue Dream. It has evolved as we have evolved as people.

We’re really into your new album, “Blue Dream”. How did you decide to record it in LA?

That’s whats up. We love you for that. We spent about half our time in LA while making this record. We started a lot of the production in Seattle, but found it easier to focus and think more freely about what we were doing when we weren’t surrounded by the minutia of our everyday lives, past releases, and other obligations. It was less a choice like “let’s make a record in LA” than us spending enough time there to say “let’s keep coming here to work on this.” We have nice studios but produced and wrote most of this record on a laptop in a garage in LA. Then we recorded it a few blocks away with our homie Teal Douville, who coincidentally engineered our first album in Seattle in 2012.

When can we catch you performing in Seattle next?

We’re kicking it and doing a performance on release day (10/27 @ 7pm) at Easy Street Records in West Seattle—which is actually where I used to get all of the records I sampled growing up. Come thru and hear this new music.

What are some of your favorite local Seattle bands that we should keep an eye on?

There’s so much going on it is a great time to dig into Seattle music, keep an eye on everyone. Some of my favorites are Jarv Dee, Shabazz Palaces, Tay Sean, Thunderpussy, Mannattee Commune, Porter Ray, and I have to shout out Tacoma’s UGLYFRANK, Mo$, and Portland’s The Last Artful, Dodgr, and Amine (but you already knew that) because it’s not just about Seattle anymore. (ed. Hollis would like to add that everyone should be fucking with JusMoni, Guayaba, Dude York and Nikkita Oliver!)