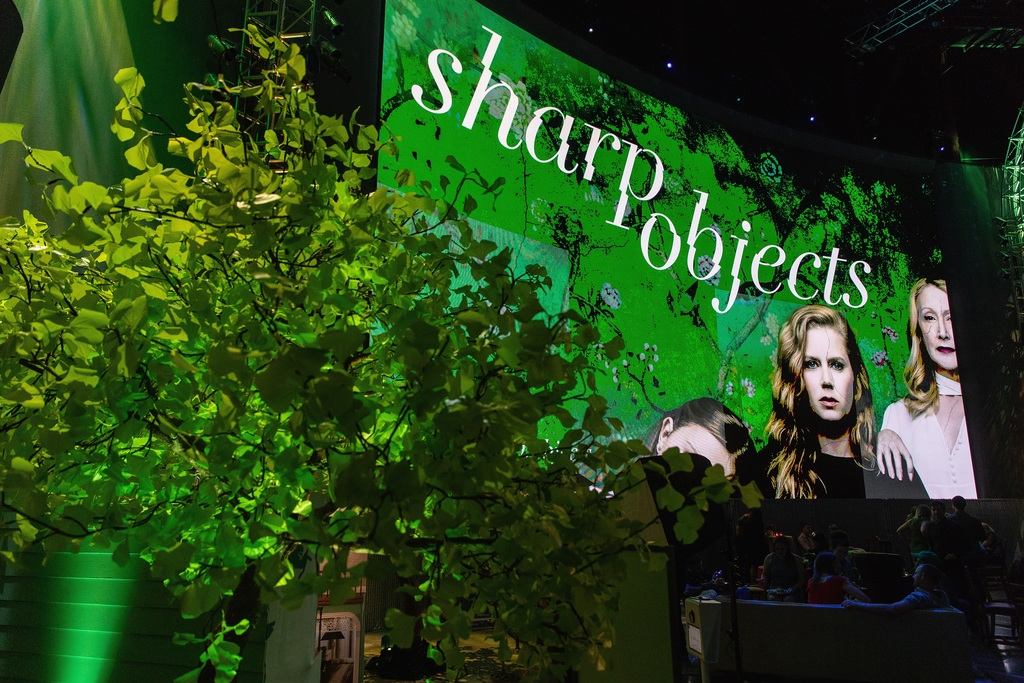 Murky, thrilling, violent, abusive and psychotic; ‘Sharp Objects’  based on the book by author Gillian Flynn of Gone girl fame is all of this and more. All the typical trappings of a good mystery are there.

So what makes the story different? There are mysteries within a mystery, the past within the present, and just when you think you have it all figured out, ‘Sharp Objects’ throws you yet another curveball. It is actually the author’s lesser-read debut novel. Well, it’s not a crowd-pleasing read, but if you love a riveting murder mystery and twisted characters, then this is for you.

When I heard about HBO’s adaptation of the book Sharp Objects into a limited series, I was thrilled, to say the least. This new series comes at the heels of HBO’s massively successful Big Little Lies and both the series share a director in Jean-Marc Vallée. Five-time Oscar nominee, Amy Adams plays Camille—a seriously troubled reporter back in her hometown to report the murder of a teenage girl.

On June 19th, Filmspotting presented a premiere right here in Seattle. We see the hamlet of Wind Gap through Camille—the dingy bars, the small-town feel and the little cottages in contrast to opulent mansions. Camille comes here only to come face-to-face with demons of her past. Self-destructive Camille is a far cry from stereotypical female characters who get upset and go on a shopping spree to cheer themselves up. Adams’s female anti-hero is a complicated and scarred (literally so!) woman who cuts and writes on her own skin. The first episode made me gasp in horror, but also want more.

The screening was followed by a Q&A session with co-star Chris Messina, who plays Detective Willis. A small guy himself, Messina plays an unlikely investigator, a character you’d expect to be burly and intimidating. He spoke about the unusual challenges for his role, “I’m a short guy, I’m not really that tough. But you crave complicated characters. Just in general, just trying to convince myself that I could bust down a door and do all that stuff was tough.” It was actually Adams who tipped Messina about this part and urged him to audition. Having worked with him in Julie & Julia in 2008, Adams pushed for Messina for this project. Messina speaks about his character, “He is extremely lonely. He has his own demons, he has his own past, and a lot of it is kept quiet.”

The icing on the cake was an interactive reproduction of the Crellin house at the Museum Of Pop Culture (MoPOP). The miniature replication of the Crellin house came with shiny chandeliers and exquisite wallpaper. The wallpaper used in the exhibit is the same as the one used in the actual set. The house is a character too—an integral part of the story—and holds many secrets and messages in its richly upholsteries and ornate decor.

The show gets its casting spot on. Adams gets into the skin of the complicated protagonist and makes it her own. The co-actors are stellar too. Messina is compelling as detective Willis who gets obsessed with Adams, who herself is obsessed with the case. Patricia Clarkson plays Camille’s toxic mother, Adora Crellin and Eliza Scanlen plays Amma, Camille’s estranged half-sister who switches seamlessly between an innocuous southern little girl and a scathingly mean teenager with enviable ease.

The show does meander from the book—but that’s what happens in any book adaptation. If you’ve read and loved the book like me, it’s interesting to see how the well-crafted story plays out on screen. If you haven’t, you’ll probably enjoy watching the show a lot more because that’s the real fun of a mystery—itching to find out what happens next. Long summer nights are about to become a lot more interesting!

The eight-episode limited drama series ‘Sharp objects’ premieres July 8th at 9:00 pm on HBO and if the screening is anything to go by, the psycho-thriller is only going to get creepier as the story unfolds.