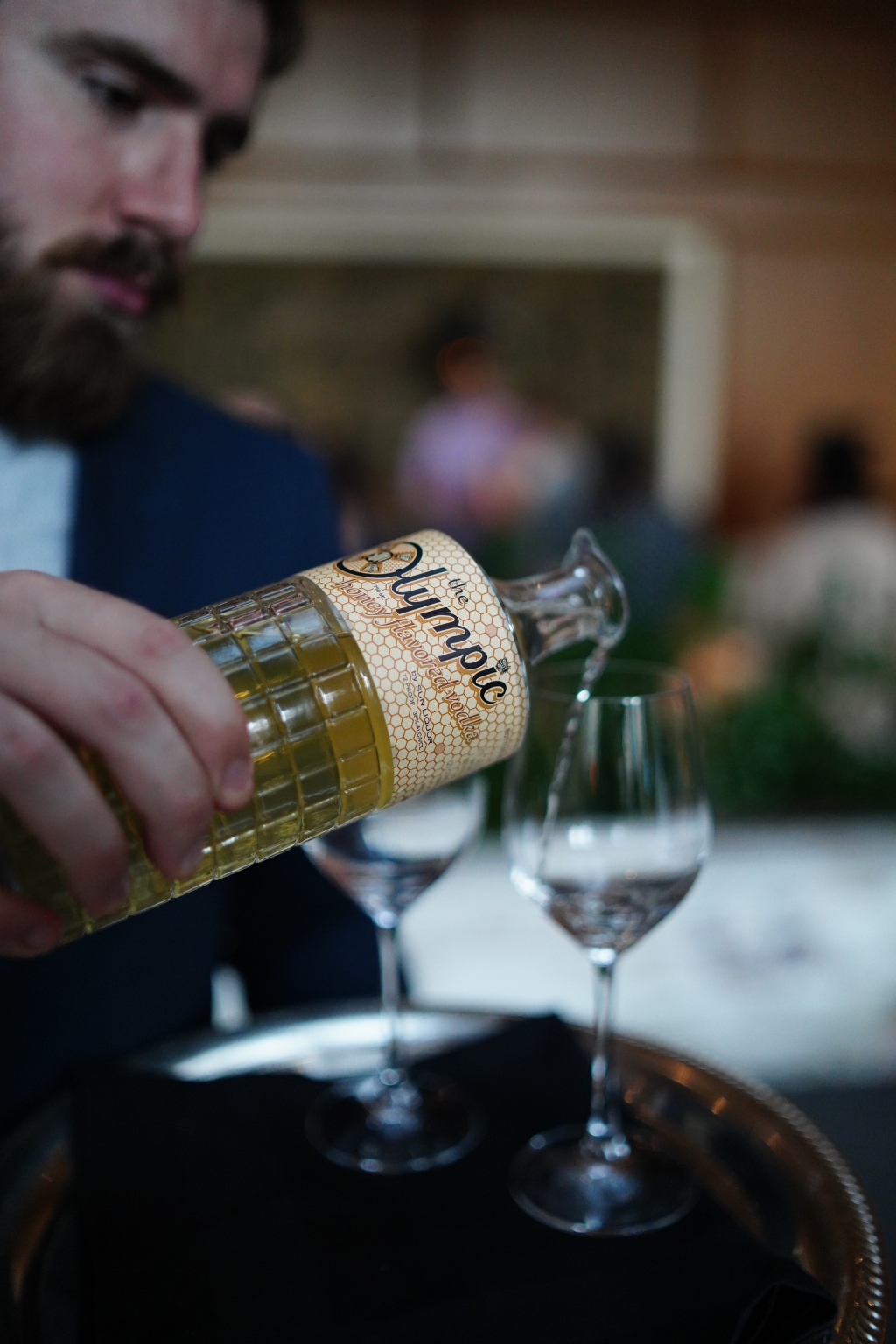 The Fairmont Olympic hosted their annual Bee Olympic Celebration, which began on the rooftop with a honey bee introduction from master beekeeper and Executive Chef Paul Shewchuk. We knew we were in for a special night when an intimate group of us gathered in the typically off-limits rooftop space to learn about how Chef Shewchuk and his team are incorporating this honey into the food, drinks and desserts they create.

This particular occasion marked the celebration and unveiling of the new Fairmont Olympic Olympic Honey Vodka made exclusively with local Seattle distillery Sun Liquor. Honey was the theme of the night, starting with the honey-centric speciality cocktails we sipped on the roof while Chef Shewchuk shared more about the bee farming process.

Enjoy your own Nectar on the Roof Cocktail with the below recipe:

Once inside, we entered The Garden Room where we were each handed a spoon and encouraged to sample the fresh harvested honey straight from the honeycombs that had been brought down from upstairs.

Enjoying the spoonfuls of honey and Nectar on the Roof cocktail was almost enough to make my evening, but this showcase was just a sliver of the fantastic coursed meal that Chef Shewchuk had in store for us.

Course after beautifully plated course were brought out with one main feature: honey. The sweet addition appeared in subtle hints like the Foie Gras with peaches, pepita, bee pollen crumb, ginger cracker, and honey gastrique. Other times honey showed up in places we didn’t anticipate, like the Strawberry Gazpacho with honey pickled strawberries with “lemon ice” chlorophyll tea, and almonds. Some dishes situated honey front and center, like the Bee Pollen Crusted Scallops with lobster mushroom risotto and squid ink coral. No matter where the sweet addition appeared, Chef Shewchuk’s bees added a nectarous note to each course, bringing the flavor profile to well rounded new heights.

Presentation-wise, dessert was my favorite: plated as a Honey Crisp Apple with rice krispie candy and yuzu ice, we were all surprised when we dug into the dish and found that the “apple” was actually a shell of white chocolate filled with a delicate honey mousse.

We each got to take home a bottle of Olympic Honey Vodka and I have enjoyed experimenting with different ways to utilize the sweet liquor. So far my favorites have been a vodka lemon honey chicken and a sweetened vodka sauce.

You can enjoy the Nectar on the Roof cocktail on Fairmont Olympic’s new cocktail menu starting in October. They hope to be selling bottles of the Olympic Honey Vodka in the New Year, but for now you’ll just have to come by the Fairmont Olympic in the meantime and enjoy a glass in-house.