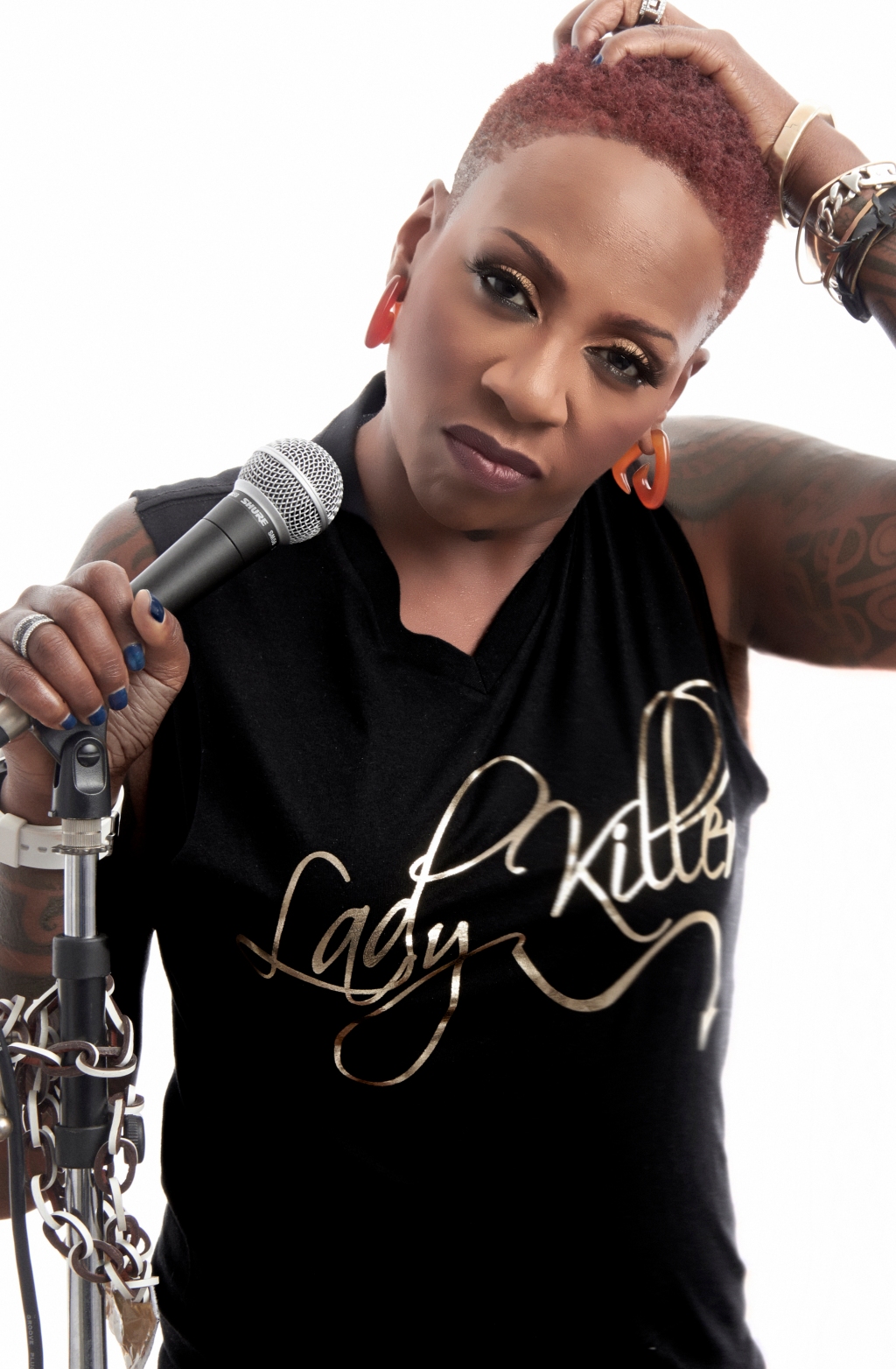 Originally from The UK, Gina Yashere broke onto the American comedy scene on NBC’s Last Comic Standing where she made it to the final 10 and never went back home! Since then she’s been named a Top 10 rising talent by the Hollywood Reporter and become the British correspondent on The Daily Show with Trevor Noah.

Gina has also made appearances on The Nightly Show with Larry Wilmore, AXS TV’s Gotham Comedy Live and The Tonight Show with Jay Leno as Madam Yashere–The Surly Psychic. Gina is bringing her unique brand of laughs to Seattle at the Neptune, this Thursday (12/13) and you can find tickets here.

As a black, immigrant, gay woman – Gina is as known for her funnybone as she is for being a force to reckon with. We had a great tête-à-tête with Gina and her disarming honesty and unadulterated wit shone through the conversation. Here are a few things about Gina that’ll help you know her better…

Her mom taught her to hustle, by example
Gina Yashere: I was born and raised in London, England.  Both my parents were immigrants from Nigeria. We started off living in East London, which makes me a cockney by birth. My mom and dad split up when I was very young. We were quite poor in the beginning but my mom hustled. My mum hustled running different businesses. She was a qualified teacher but couldn’t work as a teacher in England back in the sixties, because the country was quite racist at that time. She bought stuff from Nigeria, sold it and eventually had her own shop, graduated to a house. So I think that’s where my work ethic comes from.

As a kid, she used her funny bone to divert from conflict
GY: I was funny as a kid and I used it to divert from conflict. As an African kid, being the child of African parents, I got into a lot of fights with other black kids, especially Caribbean kids. We were taught the African people were inferior, in the Tarzan movies they show us running around with bones in our noses, eating white people. And a lot of people believed that. So at school, I used my comic timing to deflect from that, to get out of fighting.  I was with the class clown, and it came in very handy. It was a classic comedian thing.

She was an engineer before she became a comedian
GY: I worked as an engineer before I did comedy. I was building and repairing elevators. Previous to that, I was working in telecommunications, wiring up telephone lines and stuff. When I left my job as an elevator engineer, I took the summer off and decided to just do stuff I’ve never done before – rock climbing, volunteer work, and comedy. People would always tell me I was funny since I was a kid. So ended up doing open mics and it just picked up from there. People started to give me money to be on their shows. I thought I’d do this for a while and then I’ll get back to work when it dries up. It never dried up.  20 years later I’m still doing this.

Just a few of her favorite things
GY: Favorite food – I’ve traveled all over the world so I have a lot of favorites. I love, Thai, Indian and Nigerian food!
Favorite drink – I don’t really drink alcohol, never got into it. I love a good ginger beer, non-alcoholic but super gingery. Any kombucha (I know I sound like a hipster!)
Favorite book –  Anything by Stephen King, except the fantasy stuff. I like more of the horror stuff.
Favorite city – I love London, New York, Kuala Lumpur, and Bangkok! Really love Seattle, but only when it’s sunny. I love the city, just don’t like the weather!


Her thoughts on the comedy scene in the UK versus the US
GY: I don’t think there’s a huge difference really. Comedy in the US has become a stepping stone to get on TV and becoming a movie star. Comedy which was the last bastion of the misfits has now become an industry for young good-looking people whether they are funny or not. I’m foreseeing that happening across the globe, so right now I don’t see much of a difference in comedy in the UK or the USA. In the UK, people travel a lot more across the world so in that sense, comedy there is a bit broader. Most Americans don’t travel outside of America and it kind of shows in the American Comedy – it’s very very insular.

She came out to her mother at the same time she left a cushy engineering job
GY: The internet’s opened up a whole new world. My mom was not impressed when I came out to her. There are only four choices of jobs in an African family–doctor, lawyer, engineer or a disgrace to the family. I left my job as an engineer to become a comedian which wasn’t a part of my mom’s dream, as an African-American woman, for her child. As a double whammy, it was around the same time I came out to her. That said, she absolutely adores my girlfriend and has really mellowed down over the years. She is quite fine with me right now she just she just loves me for me.

You can find tickets to Gina’s show at the Neptune on Thursday December 13th here.