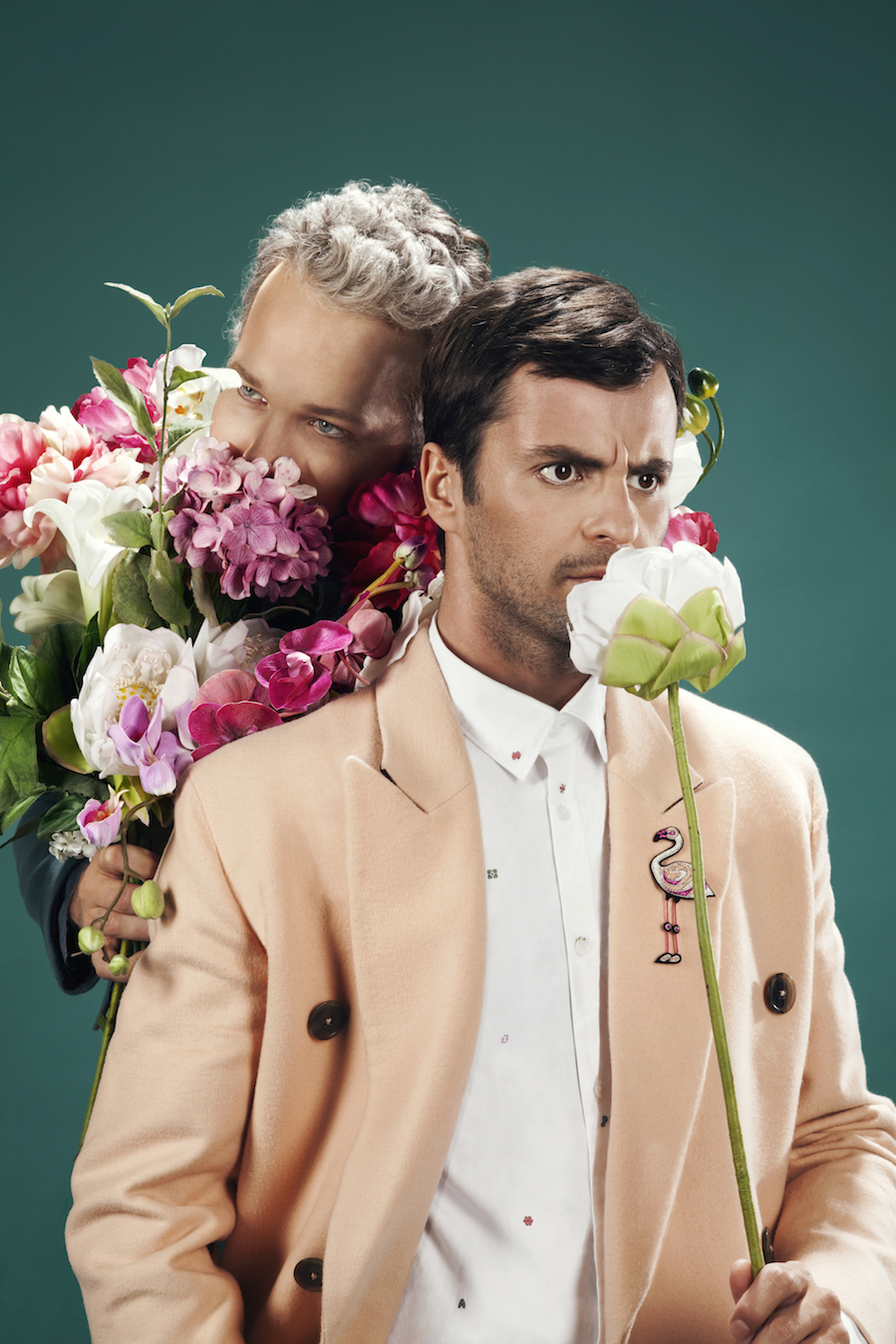 The eclectic French producer/DJ duo Polo & Pan made a stop in Seattle for the very first time on December 13th, as a part of their North American tour. Polo & Pan is a Paris-based electronic music production and DJ duo, comprised of Paul Armand “Polocorp” Delille, and Alexandre “Peter Pan” Grynszpan. Dubbed as the descendants of the Daft Punk electro scene, Polo & Pan are also known for producing remixes for famed international acts Fakear and Calypso Rose.

A friend and I headed to the sold-out show at The Crocodile in excited anticipation. We had never seen the DJ duo perform before, and weren’t very familiar with the genre of French electronic music that they’re wildly famous for. Fans clambered inside straight from the freezing cold, and there was something decidedly different about this evening. It had a distinctly French flavor. There were Parisian vibes all around us, besides the music, of course. There were a lot of French people in attendance, which we could make out from their nonchalantly chic layered outfits and elegant-sounding French conversation. The tracks were extremely dance-floor friendly, and before we knew it—we shed our jackets and were grooving along, all thoughts of the cold forgotten.

The show stayed true to the duo’s all-time favorite theme: being carefree. The exuberant Frenchmen kicked off with Caravelle’s first song, “Abysse”, a psychedelic number which had the kind of mystery and depth the name itself inspires. They went to play  “Canopée,” a playful set about a jungle experience, “Dorothy”, a dreamy song which is a tribute to the Wizard of Oz, “Nanã,” a catchy song, which I remembered from one of Apple’s iPhone X commercials.

The energy was palpable as the DJ’s switched up the music from soft to peppy, bold tropical to wild disco, keeping the revelers on their toes throughout. As for us – We’re now french music enthusiasts! The evening surprised, entertained and exceeded our expectations by far. Just like the music we just heard, we felt upbeat and positive, aching feet notwithstanding. The guys just put out a new EP “Mexicali” which you can stream here.

Seattleite: Could you tell us a little about growing up?

Polo: I’m Franco-American and grew up on a farm in Normandy. I went to boarding school during my teen years and moved to Paris when I was eighteen. That’s when I really started dabbling with DJing and production.

Pan: I grew up in Paris, and after college, I went to film school and started DJing in clubs when I was 18.

S: How did you two meet and how did the band come to be?

Polo & Pan: We met at the club Le Baron where we were both resident DJs. Polo was Polocorp and Alex was Peter Pan. We went for the simplest option: Polo & Pan 🙂

S: At what age did you both realize you have musical talent?

Polo: I guess around 18 or 19 when I started producing some house tracks with the software Ejay. I got a lot of positive feedback from my friends.

Pan: I started learning instruments when I was 5, but I didn’t think it was going to be so important for my career!

S: What was the turning point in your career?

Polo: There were a few: Entering Le Baron as a resident DJ, moving to outskirts of Paris into a printing factory to live with artists, producing a record in Morocco with Gnawa musicians (Atlas Collective—Roudani 434), and of course meeting Alex.

Pan: Entering le Baron as a resident DJ, traveling all around the world with the “Le Baron ” team, co-creating Radiooooo.com

S: What is the best part about a performance? Do you get nervous?

Polo & Pan: The best part is seeing the very different reactions of the various crowds. Obviously, we are always a little nervous before getting on stage. Once we are up there it usually fades away.

S: What can we expect from the band in the near future?

Polo & Pan: We are collaborating with infamous 70s OST composer, Vladimir Cosma. We will be on stage in January in Paris to perform with a symphonic orchestra.

S: How do you unwind?

Pan: When at the studio, we play chess or ping pong.

Polo: On tour, we like to go for runs, and I play chess every day on my laptop…