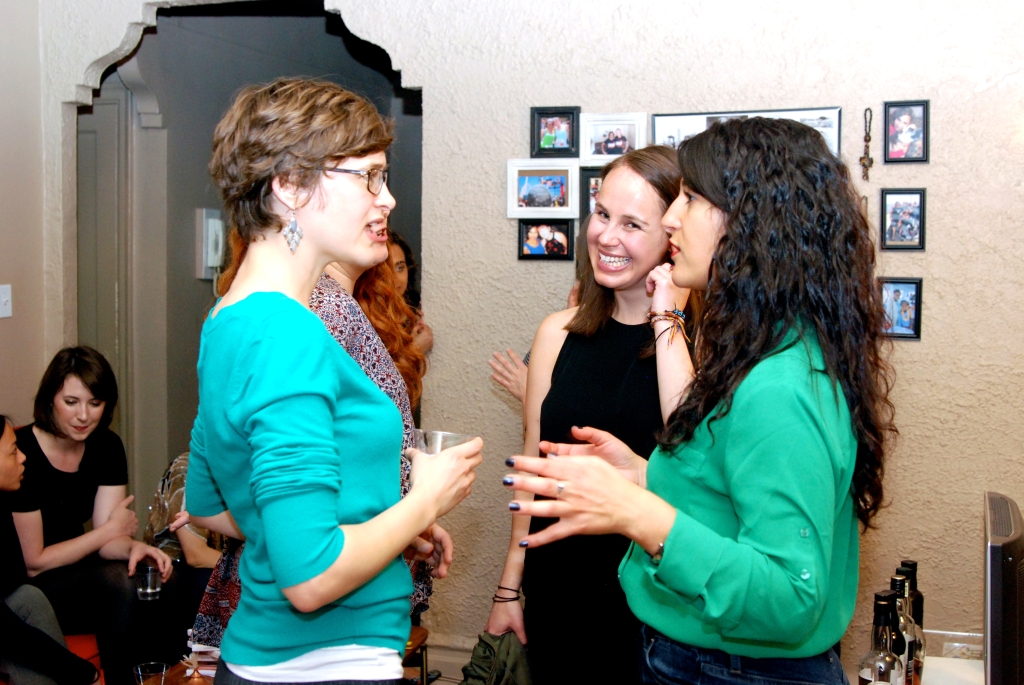 Women Who Whiskey (wWw), an international experimental whiskey club for women, is expanding its west coast footprint with the launch of the Seattle Chapter on January 25th.

Women Who Whiskey was founded by Julia Ritz Toffoli in 2011. Originating in New York City, Women Who Whiskey now has over 10,000 members in 26 chapters across the US, the UK, Canada, Europe, and Africa. Women Who Whiskey members, who range from “whiskey curious” to long-time aficionados, come together to sample and explore whiskeys from around the world in the company of like-minded women. The club also aims to help women new to the world of whiskey become informed and self-assured imbibers.

Chapter President Niki Green will launch the Women Who Whiskey – Seattle Chapter on Friday, January 25, 2019, from 4:00 – 7:00 pm at Greenfire Loft in Melrose Market. Jordan Willi of Sazerac Company, Inc. will host. Sitka and Spruce will create a signature Women Who Whiskey cocktail to commemorate the opening. Tickets, through Eventbrite, will be made available via email and social media to wWw Seattle members and social media followers. The open house is an informal drop-in to meet other members, enjoy some fine whiskey and to share feedback with the chapter President on what they are looking for in future events.

To join the Seattle Chapter of Women Who Whiskey and receive invitations to events, please go here. Men may also sign up at the same site to be notified of Women Who Whiskey’s occasional, mixed company “Gentlemen’s Edition” events. While there are two gender lists to formally join, all genders are welcome in this inclusive club, and we invite prospective members to join the list with which they most identify. There is no cost to join wWw, but events are often ticketed. Following the launch, Seattle Chapter events will be hosted monthly.

We spoke to the founder, Julia Ritz Toffoli to know more about the club and the story behind it…

Seattleite: How was wWw founded and what’s the story behind it?

Julia Toffoli: When I moved to New York for graduate school in 2010, I started noticing more and more women around me drinking whiskey. Among groups of new friends ordering Vodka Tonics and Cosmos, there would always be at least one girl getting an Old Fashioned or a Rye on the rocks. Even without knowing her, I felt her kindred spirit, and chats about whiskey became a welcome ice breaker in a nascent social circle.

This led to countless chats where we shared all the times that our ordering whiskey had raised eyebrows. Eventually, I reached a critical mass of conversations about how ridiculous it was that whiskey was still “a man’s drink,” and that we deserved ownership too. We were tired of hearing, “Whoa, that’s a strong drink for a little lady! Sure you can handle it?”

I thought that if we all had these tastes and opinions in common we would probably have other things in common, too, and what better place to make new friends than over a drink? And thus, Women Who Whiskey was born. We started as a group of seven or eight friends just looking to get to know our city through the whiskey bars it had to offer. I would rally a few girls together, pick a new place we hadn’t been, and we would set up shop at the bar, and work our way through the whiskey list, and ask the bartenders too many questions. It was like a book club at the bar. At that time, I had no idea it would, or even could, turn into such a global movement.

S: What can we expect from the club and its events?

Julia Toffoli: From guided tastings to distillery tours, from cocktail classes to food pairings, I like to say that Women Who Whiskey “brings the experts to the audience, and vice versa.” It works differently in each Chapter, which is run in the way that best suits the needs and tastes of that group, but in general we try to make each event include an educational element, whether it’s about a specific whiskey or brand, like tasting through a range of expressions, or technical knowledge, like learning about wood maturation, or a skill, like cocktail mixing. But most important is the social element, which is creating a community of women with a shared passion supporting and empowering each other.

S: In what ways is it an inclusive club?

Julia Toffoli: One of the things that make Women Who Whiskey special is that it’s for everyone, as long as you’re interested in whiskey. You don’t even need to love whiskey yet, as long as you’re open-minded about trying it. There’s no formal membership, no fees, and no mandatory attendance. Regarding gender inclusivity, we are navigating a delicate area where we want to be as inclusive as possible of non-gender-conforming people, while also making clear that it’s a safe space that is meant to be free of mansplaining and the men who have often made us feel uncomfortable in the traditional whiskey space. To that end, we have events where all “ladies” are welcome (and it’s up to guests whether to include themselves in that designation or not), as well as what we call “Gentlemen’s Editions,” where all men are invited to join.

A lot of the barriers to women drinking whiskey are just men’s preconceptions about women. Including men in these events is a great way to socialize and normalize the idea of women drinking whiskey. And most of the men who attend our events appreciate the opportunity to learn about whiskey, so our mixed events are always well received. I thought it would be a little hypocritical to break down barriers for women but also be entirely exclusive of those we’re trying to model inclusivity for.

S: Could you describe the wWw woman? Or wWw person?

Julia Toffoli: I’m not sure there is a single archetypal wWw person, other than our members being people who are interested in pursuing a passion in a social environment. But when I see any woman enjoying a whiskey at the bar, I feel a sense of kindred spirit. I see a woman who goes for what she likes and wants, even in the face of society telling her something isn’t for her. I see a woman who unapologetically enjoys a bold spirit for its unmistakable flavor. This is true of men, too, or anyone for that matter, but there’s something special about someone who breaks the mold.