Filling February with a Chocofest, concerts, Can Can brunches, rugby matches & other enticing outings.

This Saturday we’ll cross our fingers for good news as the groundhog searches for his shadow. Regardless of which way the light falls, here are some things exciting us about the month ahead. Welcome, February!

Get in the spirit of the season, with indulgences like beer, chocolate and savory bites at Pike Chocofest. The delicious gathering happens at Pike Brewing Company on Sunday, February 10 (from  6 to 9 pm). This culinary extravaganza celebrates Valentine’s Day with unlimited food bites from top local restaurants and talented chocolatiers, offered alongside tasty sips from local brewers, wineries and distillers.

In even better news, Chocofest benefits a great cause: Washington Trails Association (WTA), an organization that encourages hikers and outdoors enthusiasts to explore, steward and champion trails and public lands. Pike is honored to partner with WTA for the first time this year, and they aim to raise $10,000 for them in a single night.

When it comes to game-time refreshments, the Seawolves have partnered with Elysian Brewing, who will become the team’s official craft beer sponsor. Together, they’ve teamed up to create a rugby-inspired collaboration beer called Scrum. “A deceptively easy-drinking 5.0 percent ABV Irish Dry Stout, Scrum features deep, roasty aromas combined with a light, smooth mouthfeel and fruity esters of berries, apricots and bananas.” The beer will be available at the stadium as well as at all Elysian pubs and select rugby beginning January 27.

And on a different sports note, football (and TV commercial) fans will soon gather to watch Super Bowl LIII at cozy homes and happening venues around town. Downtown’s Argentine-inspired restaurant Patagōn hosts a viewing party with a menu created just for the game. Think chicharrons, crispy chicken livers, warm goat cheese and fire-roasted hummus for pre-game treats, in addition to the Patagōn burger, Argentine rojo wings and empanadas with a cold snack (aka Montucky lager), a Reverse Manhattan, the Vines of Paradise and $2 off all draft beers.

*Or, if you prefer to cozy up at home, the folks at Life Time have come up with some healthier spins on game-day recipes, promising to bring a delicious twist to your own private gathering.

For something totally different, visit a tucked-away gem in Pike Place Market—the Can Can Culinary Cabaret to check out their new show “Bonbon” (playing through April 21). The show honors this season of love “with a contemporary twist on classic cabaret and features a cast of highly athletic dancers and sultry singers. Your hunky and hilarious host Jonny Boy will guide you through a multimedia spectacle of exquisitely choreographed dance and music set on a backdrop of high definition visual technology installations integrated into the newly renovated stage and audio systems.”

And now the whole family can enjoy a performance too, thanks to an all-ages brunch-time show, described as “a funny and sparkly spectacle of dance, song and laughter, and a buttoned up version of the evening show.” As hilarious host Sensible Paul leads the experience, sip on mimosas (try the pineapple one!) or savor a market-fresh meal (which may seem slightly overpriced, but features tasty, local ingredients picked up directly from Pike Place’s neighboring farmers and vendors). It’s a great way to spend one’s day and feel like you’re playing tourist in your own town!

Or, if you prefer to get on the dance floor yourself, spend Valentine’s Day at The Century Ballroom—where the evening translates to a night of live Salsa music, Salsa dancing and an elegant three-course meal. Guests can choose the full experience of dining, a lesson and night of dancing for $65 per person or participate in a night of dancing and live music for $15. The adjacent Tin Table will be serving the same three-course dinner menu. (Reservations can be made online or via phone.) 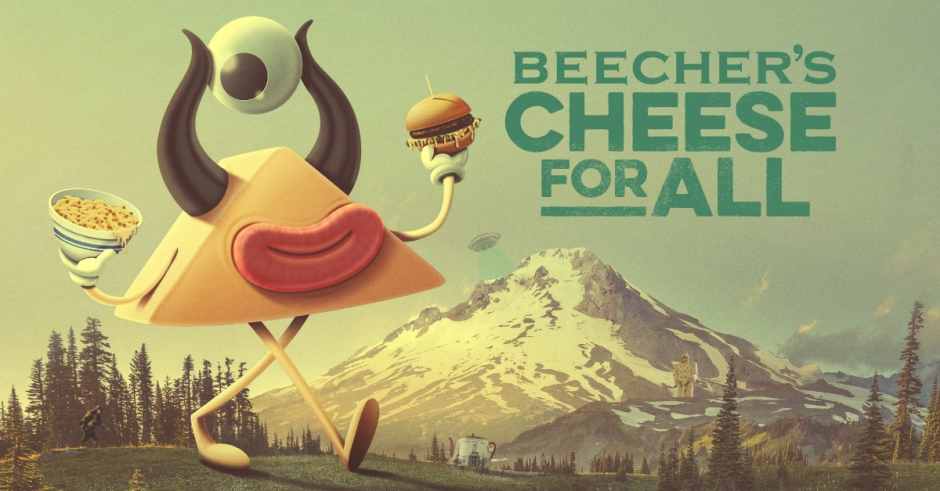 In honor of its 15th anniversary, Beecher’s is hosting a culinary event tour called “The Beecher’s Cheese For All” (four events in four cities—Seattle, Issaquah, Portland and Tacoma), from February 6 through 9. These gatherings bring together nearly 40 chefs (approximately 10 in each city) who make their own creative interpretations of two American classics using a variety Beecher’s cheeses: mac & cheese and cheeseburgers.

Join award winning chefs Zoi Antonitsas of Little Fish and Aaron Tekulve of Surrell, and author Julien Perry for a special Seattle Cooks! pop up event on February 16. They’ll be cooking up some of their favorite dishes in this unique space, showcasing some of the best dining in the Pacific Northwest.

Celebrate the new year with a multi-course dining experience paired with local wines in one of the hottest (and under-the-radar) event locations in the city: Marian Built Loft.

CONCERTS FOR YOUR CALENDAR

Last, but not least, there are tons of awesome shows coming our way this month, like the Gimme Shelter benefit show featuring The Dusty 45’s, Shawn Smith, Little Spirits, Danny Newcomb and Abbigale Smith at Tractor Tavern Friday, February 15.

In other highlight news, Fiji and Lea Love perform at Nectar Lounge on Saturday, February 9. Polynesian recording artist George “Fiji” Veikoso is deemed one of the most dynamic entertainers the Pacific Rim has produced, and he continues to be considered one of the most influential artists in contemporary Island Reggae music. He’s just released his special two-disc album “Collection: 50th State Of Mind” and is touring the States with rising sultry songstress Lea Love in support of his recent release.