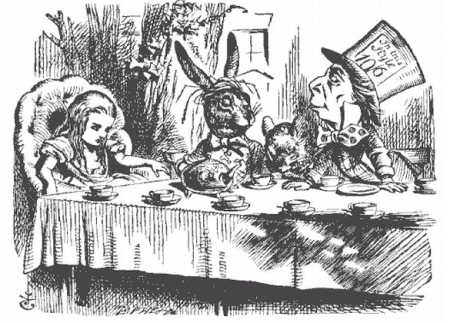 Take a leap down the rabbit hole to experience a Wonderland like never before.

“If I had a world of my own,” Alice muses, “everything would be nonsense.” For nearly a century, Alice’s fantastical romp through a world of nonsense named Wonderland has been recreated in films, rock musicals, puppet shows and the like. Christina McKie and the Columbia City Theater have teamed up to bring Seattle a unique production of “Alice’s Adventures in Wonderland” that would astound Alice herself.