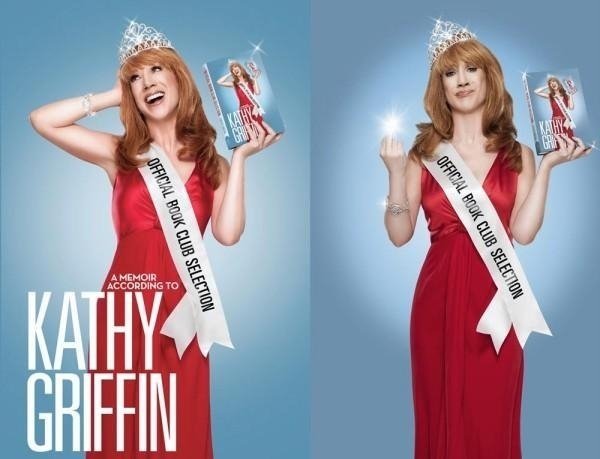 The controversial comedienne will perform two shows in Seattle this weekend.

Love her or hate her, no one puts on a live show quite like Kathy Griffin — and this weekend, Seattleites get two opportunities to experience her fiery presence firsthand. The award-winning comic, actress, author and star of the hit reality show “Kathy Griffin: My Life on the D-List” is scheduled to perform at the Paramount Theatre on Friday, Nov. 4 and Saturday, Nov. 5.

Known for her wicked sense of humor and uncanny ability to make fun of anyone and everyone in an endearing (yet unapologetic) way, Griffin has made us chuckle for years with her ironic and hysterically spot-on observations of celebrity mishaps and Hollywood gossip. Case in point: her production company is named “Inappropriate Laughter.”

Griffin got her start performing with the Groundlings, a comedy troupe based in her hometown of Chicago. Though she began acting in the early 1980s, Griffin first came to prominence in guest supporting roles on such hit shows as “Seinfeld” and “ER.” She also appeared in several films, including “Pulp Fiction” and “The Cable Guy.” In 1996, she scored the role of Vicki Groener on the NBC show “Suddenly Susan,” in which she regularly appeared until the show was canceled four years later.

In 1998, Griffin scored her first one-hour comedy special — HBO’s “Kathy Griffin: A Hot Cup of Talk.” In 2005, she catapulted to comedic stardom with “Kathy Griffin: My Life on the D-List,” a reality show that aired on Bravo. Though the final season of this hilarious show aired last year, the mercurial comic has stayed busy. Since 2005, she appeared in 11 televised stand-up specials; these include “Kathy Griffin Is…Not Nicole Kidman (2005),” “Kathy Griffin: Everybody Can Suck It (2007)” and “Kathy Griffin: 50 And Not Pregnant (2011).”

Throughout her career, Griffin has amassed a collection of awards and accolades. “D-List” picked up two Primetime Emmy Awards for Outstanding Reality Progam (2008 and 2009), and Griffin herself earned a Gracie Award for Outstanding Female Lead in a Comedy Series in 2009 and three consecutive nods (2008-10) by the Producers’ Guild of America. In addition, three of her comedy albums — “For Your Consideration (2008),” “Suckin’ It For The Holidays (2009)” and “Kathy Griffin Does The Bible Belt” — were nominated for the Grammy Award For Best Comedy Album, and her 2009 autobiography, “Official Book Club Selection: A Memoir According To Kathy Griffin,” debuted at #1 on the NY Times Bestseller List.

Now, Ms. Griffin is coming to Seattle — and apparently many others share her particular point of view, because her shows usually sell out quickly. Tickets are still available online, so get yours today before it’s too late.