In the classic 1991 thriller, “The Silence of the Lambs,” Sir Anthony Hopkins introduced the relatively obscure Chianti to American audiences. True, his character, the cannibalistic Dr. Hannibal Lecter, talked about pairing the wine with fava beans and a man’s liver, but the line quickly became the best-known quote from the film — and gave mainstream consumers a new product to discuss. Today, Chianti is the most popular of Italian wines — though it has been well-regarded in Tuscany since the early 1700s.

Chianti Classico — the most revered region of the Chianti DOCG — spans roughly 100 square miles between Florence and Siena. Chianti Classico wines tend to be medium-bodied with firm tannins and glaring acidity, carried by red fruits, floral tones and a lengthy finish.

As a rule, Sangiovese grapes must comprise 75 to 100 percent of the blend, with up to 10 percent Canaiolo and 20 percent of any other approved red grape variety (e.g. Cabernet Sauvignon, Syrah). More rules: the alcohol level cannot be lower than 12 percent, the wine has to age in oak for a minimum of seven months and it cannot be released until the first of October in the following year. Talk about wine sticklers, eh? 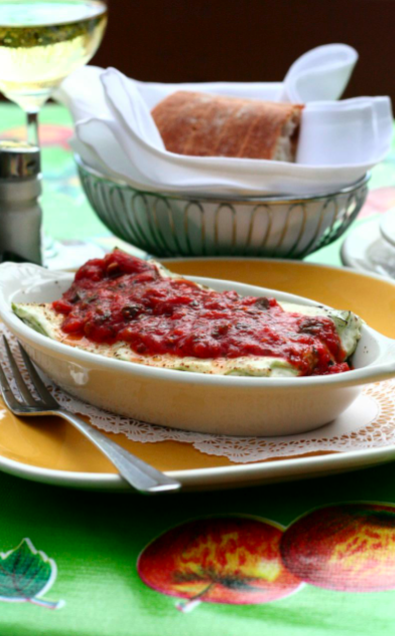 Chianti is still fun, though — acclaimed wine reviewer Jancis Robinson often refers to the wine as the “Bordeaux of Italy.” Chianti Classico has also earned a fair amount of critical acclaim, though their highest honor comes in the form of the Gallo Nero, or “Black Rooster.”

This prestigious symbol — printed on the neck label — represents Consorzio Chianti Classico, a foundation formed in the 1980s to promote wines of that region, improve their overall quality and put an end to wine fraud. In other words, Gallo Nero says goodbye to fat-bottomed bottles from chain Italian restaurants —  and introduces high-caliber wine with great food-pairing potential.

The Restaurant: The Pink Door. In 1981, Jaquelina di Roberto combined her Italian roots with one of Seattle’s most popular tourist attractions and opened The Pink Door, nestled amongst the Post Alley walls of Pike Place Market.

Noted for its pasta and meatballs — not to mention happy hour — the Pink Door’s is also distinguished for dinner time cabaret shows, which can include burlesque, sultry tarot card readings and even the occasional opera. Roberto’s restaurant is as pleasing to the eyes and ears as it is to the stomach.

The Dish: Lasagna Pink Door ($17). Fresh spinach pasta layered with besciamella (a “classic white sauce” made of flour, butter and hot milk) and pesto, then topped with marinara sauce. Lavish, generously sauced and detailed in its many blankets of cheese, sauce and noodle, this is the restaurant’s definitive dish.

The Grape Variety: Sangiovese. Latin for “the blood of Jove” (also known as Jupiter, king of the gods), this variety was a staple in ancient Roman winemaking. Naturally high in acidity, medium to high tannins giving off fervent dryness with typical characteristics of cherry, violets and tea.

Why It Works: If there ever was just one perfect pairing wine, it might be Chianti. Although some wines stand better as a cocktail or without food, this is not one of them; Chianti requires a culinary companion to truly be complete. The earthy, acidic and dry qualities of the wine demands tomato sauce accompaniment in order to reach the proper level of intensity.

The Recommended Wine Match: Felsina Berardenga 2007 Chianti Classico Riserva. This archetypal Chianti Classico is 100 percent Sangiovese, with sweet, ripe fruit at its core. Vibrant in acidity and dusted with oak, the wine is enhanced with scorched earth, sandalwood and floral tones with wild blackberries, and backed by sound tannins. Located in the southernmost tip of the Chianti Classico region, the vineyards of Felsina have produced consistently tasty wine for centuries.