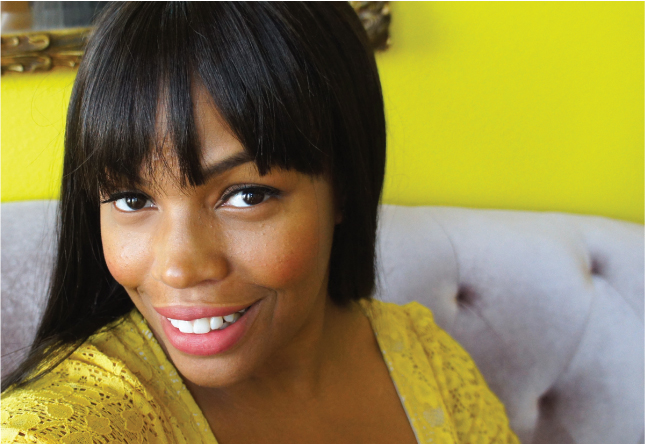 Trendsetting and trailblazing — her talent for all things graphic have garnered admiration from the industry and the press.

Northwest native Brandy Brown, 32, is reinventing modern design, and in the process is providing a new way of thinking about an age-old tradition. Specializing in the design of stationery, in addition to creative lifestyle branding, Brandy’s Seattle-based Marabou Design focuses on the needs of the modern family. As a mother, Brandy has found that children and clean design can, in fact, go hand-in-hand, and she works to create an aesthetic that is minimalistic with a touch of femininity.

This award-winning graphic designer grew up an hour south of Seattle in Fife, and moved to downtown Seattle in 1999. Though she has traveled extensively, she always finds her way home to the beautiful Pacific Northwest. In fact, she and her family recently moved back to Washington after living on the east coast. “There’s no place like home!” she says. One of her favorite aspects of living in the Northwest is that it offers an array of creative options and allows for constant inspiration.

Brandy currently lives in Issaquah with her husband, John, daughter, Ava, and pug puppy, Sammy Davis. After her daughter’s birth in 2007, Brandy was inspired to create and produce modern, responsible design for the urban family. She launched Marabou Design in January 2009, and feels fortunate to have had her work recognized by so many in such a short amount of time. Her company’s name was inspired by the Marabou stork, which is a large wading bird in the stork family. Brandy chose it as homage to her daughter, who she says is a never ending source of inspiration.

Brandy has worked with several local charities and leading Northwest companies. Her bold and contemporary designs have been highlighted and featured on national television and print publications, including The Today Show, Early Show, Pregnancy Magazine, and InStyle Magazine. Her home studio even graced the cover of 425 Magazine’s May/June 2010 issue, along with a five-page spread.

While Brandy began her career with stationery, she has since applied her skill to many other avenues such as corporate branding, art direction and illustration. “I love all things graphic!” she says. She designed the latest gift card line for Gene Juarez Salon & Spa, and styled and art-directed Pregnancy Magazine’s Must-Have section, titled “Updated Heirlooms.” Brandy is currently busy working on a new line of limited edition art prints for Minted.com. She is also developing a gift-wrap assortment, in addition to illustrating a children’s book, which is due out in 2013.

“Clients love my work because I have a fresh approach to the mundane,” Brandy says. Her talent employs some of the Northwest’s best characteristics with its innovative approach to clean design — Brandy is one talented design star to watch.