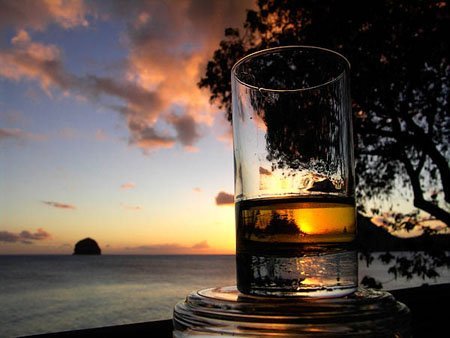 Seattle’s rum aficionado, Connor O’Brien, paces behind the bar, hunting down some Benedictine for a patron’s Coin Toss. Surrounded by rum and eschewing the Vito’s affinity for black garb, O’Brien is clearly in his element.

It couldn’t hurt that he poached the majority of Vito’s bartending staff, leaving Vito’s with vacancies for younger bartenders to fill.

Rumba’s soft opening thrives with restaurant tastemakers and media types dressed to the nines. Canon, Vessel and Barrio make an appearance, and the recognized bartenders of Seattle circulate the room, accepting free unlisted rhum, buying cocktails and fluffing their fellow bartender’s feathers. A waitress stresses to a table that Rumba is still “working out some kinks.” The referred-to kinks never materialize, and although the floor manager stalks about with a harried look, Rumba hosts a splendid soft opening.

As the restaurant name indicates, Rumba has quite the rum selection. Rum cocktails decorate the menu with punches (the Ti Punch variants titillate), traditional (Hurricane, Mai Thai) and the classics (Coin Toss, Latin Quarter). Other spirits are available, but quality rum in Seattle is such a rarity that one would be a fool to pass up their selection. It’s the equivalent of ordering top-shelf scotch at The Saint or Vodka-Red Bull at Liberty.

Decor and food honor the thematic continuity of rum tropicana. Decoration is noticeably dependent on lighting, with tiki torch tones brushing against cerulean blues and old-style stills. The food aligns with Tango’s culinary philosophy, pricy, but not ostentatious, tasty, but not insensible.

Rumba aspires to match the aesthetic wielded by restaurants such as Canon and Ba Bar in developing Capitol Hill: undeniably cocktail kitsch, but pretentious enough to provide a significant counterbalance. Rumba succeeds, and with their heavy-hitting bartending staff, rum may be Seattle’s next cocktail spirit craze.