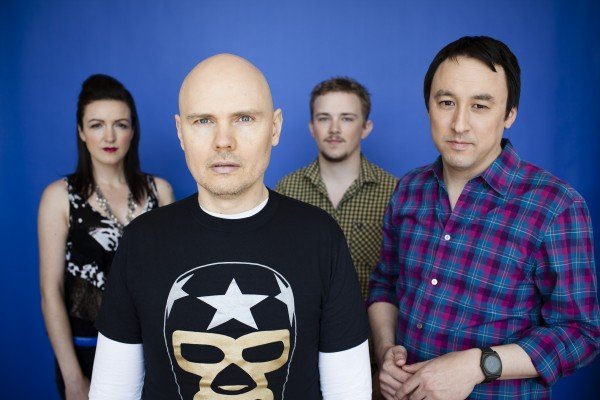 The Smashing Pumpkins arrive in the Northwest this Wednesday at Comcast Arena in Everett. They’ll perform their critically acclaimed album OCEANIA–which entered the Billboard Top 200 Albums Chart at #4 and earned the #1 spot on the Independent Albums Chart this past June. The show will feature new technology in video-mapping to create something new and previously unseen.

OCEANIA is their 7th studio album and the band kicked off their global tour this month in Calgary, Canada. The album was created by the band at Billy Corgan’s private studio in Chicago as a true album experience for listeners to fully immerse themselves in.

The visuals will be prepared by Sean Evans, whose most recent project was assisting Roger Waters on the newest staging of “The Wall.”  The  Los Angeles Times said it is “the best thing the Pumpkins have done since the ‘90s.”

The videos won’t be the only new visuals on stage. Apparently, not only is the iconic 90’s band still sought after by audiences, so are their clothes. According to Billy Corgan, the band’s stage clothes were stolen last month after a show in Mexico.