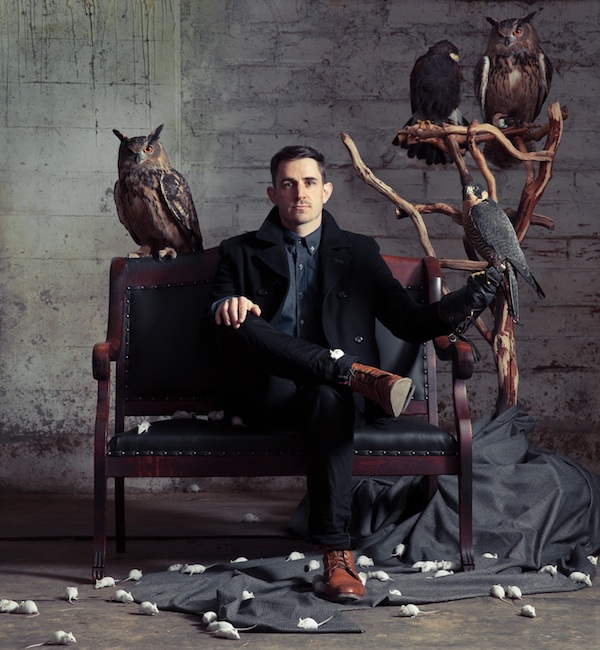 The secret’s out on one of Seattle’s favorite homegrown stars.

Kris Orlowski is hardly a new name on the Seattle music scene. Yet the man—and his band—have recently been on the move. Good things are happening, and the future feels especially bright.

Kris Orlowski has already released three highly-lauded EPs, toured the country and had songs featured on shows like “Grey’s Anatomy” and “Private Practice.” And just this April, the band released Believer, its first full-length album, amidst much positive buzz. Says Orlowski, “I think the album will inspire some hope, but I also think it will go beyond that and give people a reason to act.” We recently chatted with Kris about the ins and outs of being a local star on the rise.

Seattleite: You are all over KEXP these days! How does it feel to hear your tunes playing regularly over the airwaves?

Kris Orlowski: I feel pretty grateful. KEXP is one of the tastemakers on not only good local music, but also great music around the world. I appreciate the support, and it’s definitely affirming hearing the album spin on multiple shows.

S: At what point in life did know you wanted to be a musician, and who were your biggest influences early on?

KO: I knew i wanted to play music as more than a hobby when I was studying in London. My host dad mentioned that there was an acoustic guitar in the attic. A lot of big moments happened in London—falling in love, personal discovery and realizing that music was an integral part of my life.

My influences change, but I grew up listening to Simon and Garfunkel, Radiohead and Nirvana, as well as more contemporary bands like Bon Iver and Vampire Weekend in later years. It seems good music becomes apparent across genres. Right now I am loving the new phantogram record and still can’t put down the National.

S: What was the filming process like for the videos for “Believer” and “Fighting the War”? (Where was the first one shot, and how did the famed Crocodile become the setting for the latter?)

KO:: “Believer” required a few trips to Friday Harbor and a local producer that was able to get us access to the local school and slot of talent young actors. For the second shoot [“Fighting the War”], we had two pre-planning sessions and then spent about a day-and-a-half at the Crocodile prepping the location and shooting.

There are always so many moving parts with videos—locations, props, lighting, filming, crew, editing, the list goes on. Having done a number of these shoots, I have learned that having a professional team to help with the project start to finish is super important and ensures you don’t go over budget (sometimes).

For “Believer,” I brought in Daniel Blue and Casey Sjogren to come up with an idea and see it through the fruition. It turned out great and bringing in Jennifer to produce and Domenic as the DP was super helpful. For the second video, Daniel was on his honeymoon, so I had Casey and Domenic Barbero work with Hollis Wong-wear. Hollis oversaw the production and they came up with a pretty cool idea to film a one shot at the Croc. Videos are such a huge undertaking, but it can be really helpful when you are trying to get music out in the world to have a visual to go with the song.

S: You’re well-known for granting your fans a lot of input (about whether your mustache should stay or go, what songs should make it onto a tour’s set list, even inviting the public to appear in your latest video, etc.). Why is this kind of reciprocal relationship with your listeners so important to you?

KO: Haha, everyone loves to bring up the mustache. Fans are a big part of the reason I am able to play music beyond it just being a hobby, so it’s important for me to hear what they have to say. I have some of the most supportive fans, too.

S: Do you have a pre-show ritual?

KO: I try to have two minutes to myself to walk through the set. Sometimes the guys and I will go around and each say something that we are grateful for from the day. Helps us kinda get in the right frame of mind for the show.

S: If you’re having an ‘off’ day, how do you gear yourself up to still bring your all to the stage?

KO: On tour, those happen a bit more statistically because we are playing practically every night. I often need to remind myself that I am here to connect with folks and that I am sacrificing a lot of other things to be here. As soon as I start thinking about how lucky I am to get to play music for people every night—or as a career—then I start to get amped up. Then after seven tequila shots, I will get up on stage and play my heart out (kidding about the tequila).

S: Musically-speaking, what has been the biggest challenge of your past year? The most exciting breakthrough?

KO: I like to stay busy, and I tend to take on a lot. Playing music full-time, having a day job, relationships. It’s hard to find time to write. Making space to be creative, to write, that was the biggest breakthrough. Basically making time to “practice” or just to write—good or bad. That helped me write this record. I guess it’s not really rocket science, but being able to write and get things out was the biggest breakthrough.

KO: We are just finishing up a six-week national tour that is taking us from LA to NYC and about 28 dates in between. It’s been really fun and exhausting. We head back to the northwest and Washington in particular for a few more shows this summer; Summer Meltdown on August 9th, playing alongside our friends Allen Stone, Ivan & Alyosha, as well as some big bands like Lord Huron and Starf*ker. We are also part of the City of Seattle’s Out to Lunch concert series, playing a show on August 13th downtown. I am also playing a solo show in Snoqualmie, about 40 minutes outside of Seattle, at the Salish Lodge. It’s really fun; people bring wine and sit up on a bluff while I sing to them. Last year it sold out, and everyone that came was in good spirits.