In this edition of Brew Barons, we were lucky enough to chat with the CEO and co-founder of Sonoma Cider, David Cordtz, before things got too hectic at Cider Summit. We sat down with his clean and bright organic apple cider, light and sweet pear cider, and his full bodied and mature bourbon barrel-aged cider as he regaled us of his background in beverage making, the conception and launch of his line of cider, and what projects his team is working on for the future! 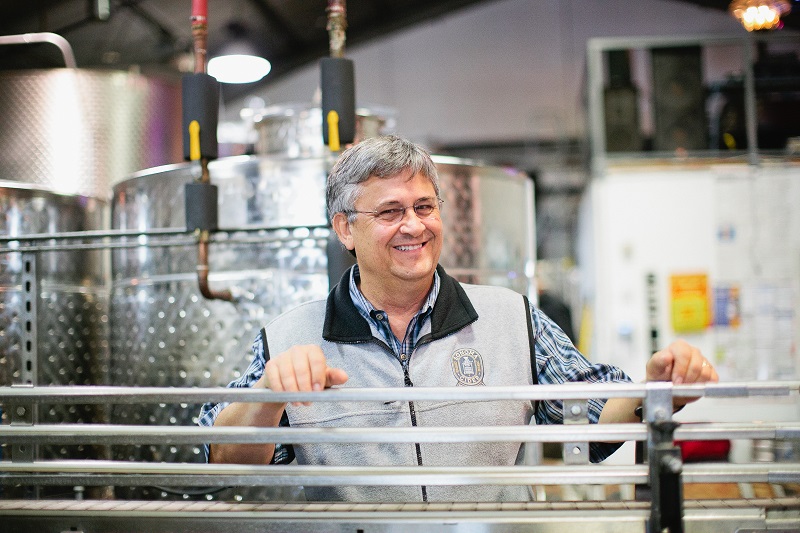 How did you get involved in the cider business?

David is well-schooled in the beverage industry with years of experience vinting wine and producing sparkling juice drinks.  This knowledge made his transition into the world of cider fairly smooth, all things considered. He learned a few things about his current market when his son, Robert, joined him on his venture into cider making with knowledge of millennials and the current trend of craft brewing. They also paired with the design team of Sandstrom Partners, the same folks that brought you bottles for Aviation, Full Sail Session ales, St. Germain and more. Together they worked toward creating a product that is authentic, down to earth, and freaking delicious.

Tell us about your flagship cider.

The Hatchet is Sonoma’s take on the classic apple cider made with a proprietary blend of six varieties of Yakima Valley apples. David maintained his friendship with the orchard owners from his sparkling juice days and continues to see the relationship bear fruit. He loves the apples from the Valley since they’re organically grown and of an outstanding quality. He continues to keep the product line organic by refusing to add sulfates or any other chemicals.

What’s next? Are you dabbling in any other projects?

David is also investing himself in the Sicera Cider Certification Sommelier Program which allows distributors, servers, and producers to become certified in the knowledge of cider. This is being created in collaboration with James Kohn of ANTHEM / Wandering Aengus and other fervent cider makers around the country in the US Association of Cider Makers (USACM). With Sicera, latin for cider literally meaning “strong drink,” three tiers (level one, two, and master) of curriculum will go over growing of apples and orchards, the history of cider, understanding its nature, and the retail trade. Currently, the program is seeking a few more instructors to set a foundation of education for any would-be students of cider. The program is set to launch in February after Cider Con in Portland. 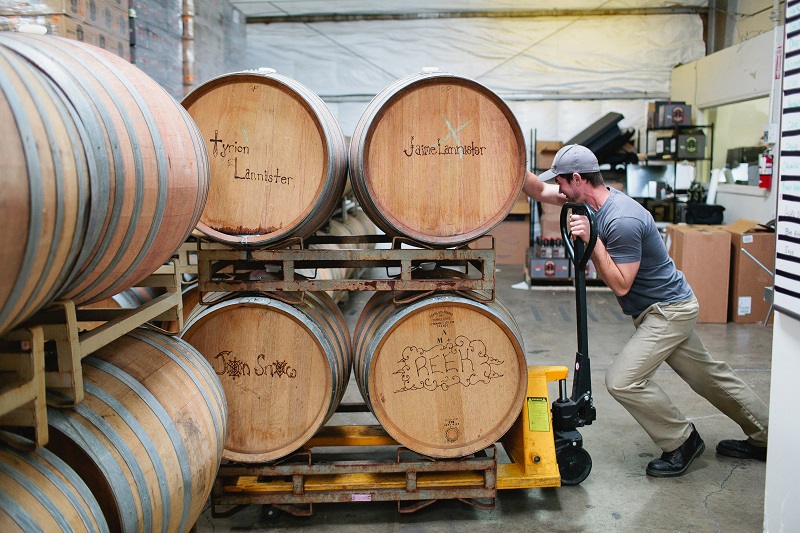 In the meantime and in the near future, David and Robert like experimenting in hopes of creating something no one has ever done. This keeps it fun and is sometimes met with grand results, such as the limited run Sarsaparilla Vanilla, using the root to make a tea, then blending it into their flagship Hatchet cider. That fine idea sold out in two weeks, quickly followed by the habanero lime cider with cardamom, which they decided to put into cans. The “Washboard”, as they called the sarsaparilla, was a limited run that the team is now considering to reproduce.

Whether they decide to go into full production with any of their experimental ciders or new creations soon to come, like the “Imperial” aged in whiskey barrels after fermenting with brown sugar for a slight rum nuance, expect to see a lot of wonderful things coming out of this cidery.

Sonoma Cider Taproom is scheduled to open early to mid-winter. You may even run into Ronnie Vannucci, drummer for The Killers and Brand Ambassador for Sonoma. If you won’t be able to get down there, the team is working to add a function to their website to track which stores carry their products so you can get your hands on this fantastic organic, craft cider.