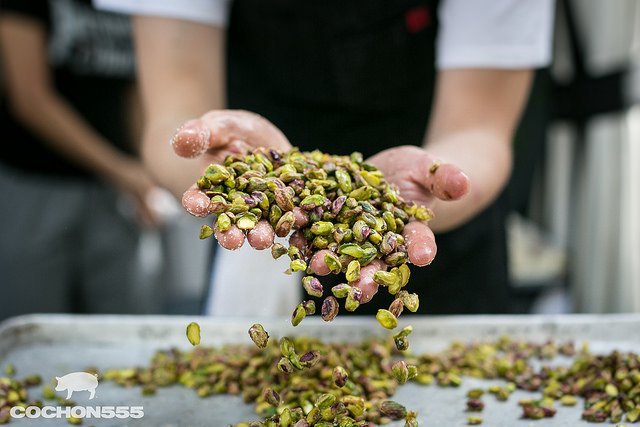 Guests buying an all-inclusive Cochon555 ticket sample forty of the best bites prepared by top chefs paired with artisan wines selected by celebrated winemakers and sommeliers alongside an endless culinary cocktail program from notable barkeeps. The events benefit Piggy Bank, a genetic sanctuary that will provide free heritage breed pigs and business plans to emerging family farms. Guests are united with the who’s who of the good food movement helping to raise monies to support the first open-source platform for family farming.

For an in-depth look at the Cochon555 movement, a series of stunning videos and more information about these must-do culinary experiences, visit www.Cochon555.com.

On Friday, Chef John Sundstrom will host a guest chef Late Night Asian Speakeasy at Lark featuring an all-star lineup of five chefs including, PK and Wiley Frank of Little Uncle, Scott Emerick of Seven Beek, Rachel Yang and Seif Chirchi of Trove, Joule, and Revel and Junko Mine of Café Juanita.

The family-style feast paying homage to Chinese, Sichuan, Korean, Thai and Japanese restaurants begins with a reception of hand-crafted punches with The Perfect Puree of Napa Valley. Guests will also enjoy DRY Sparkling alongside a special tasting of Martínez Lacuesta reserve vermouths before five courses paired with Wines of Germany.

The all-inclusive dinner begins with a reception of passed hors d’oeuvres from each chef alongside a special tasting of Martínez Lacuesta Vermouths and DRY Sparkling followed by a seated dinner with support from Williams-Sonoma and Niman Ranch. The charity dinners are limited to 40 seats and 100% of the proceeds will benefit Piggy Bank and the Bainbridge Island Museum of Art.

On Sunday, the main Cochon555 event will be held at Fairmont Olympic Hotel. This year’s competing chefs include Paul Shewchuk of Fairmont Olympic, Josh Henderson of Vestal, Bobby Palmquist of The Walrus and the Carpenter, Brendan McGill of Hitchcock and Tyler Palagi and Charlie Garrison of Radiator Whiskey.

The five chefs will prepare up to six dishes from one whole hog and their utilization will help them win votes from a crowd of hungry gourmands and celebrated judges. The winner of the regional event will be announced as the “Prince of Porc” and go on to compete for the national title of “King or Queen of Porc” at Grand Cochon, the tour finale, held at the Viceroy in Aspen on June 18th.