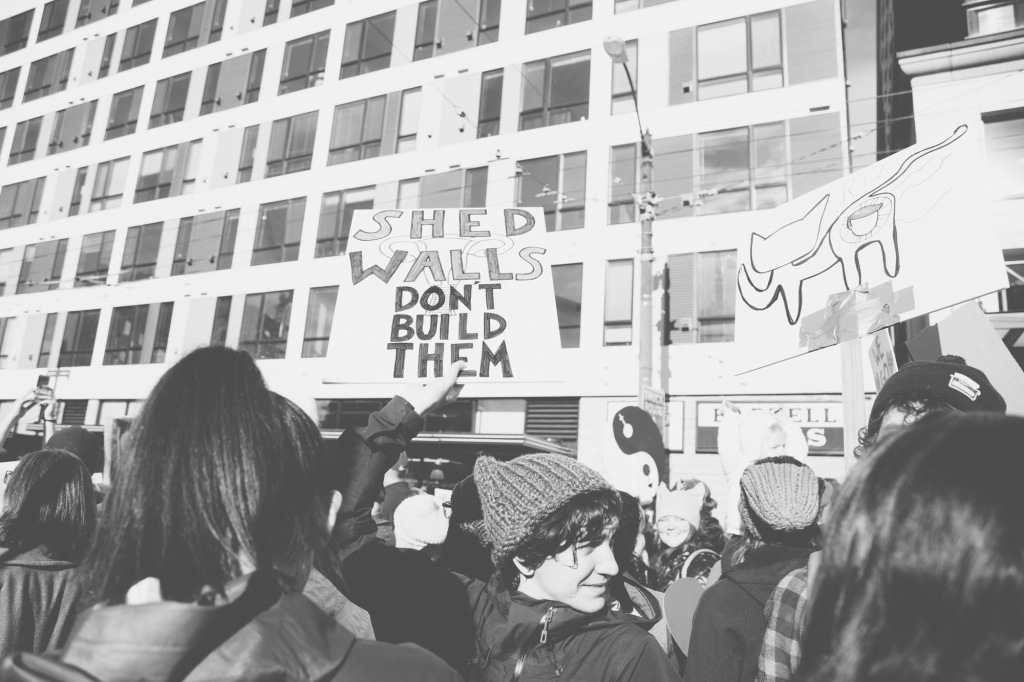 A peaceful, magnetic and hopeful crowd protests in Seattle

Confession: I decided to join the march last minute. I had a long week leading up to inauguration day (shitty excuse) and fell into bed Friday evening hoping I’d wake up in an alternate universe. One where the defeat and angst worn by so many Seattleites and Americans around the country would be answered by the tiniest glimmer of hope. As it turns out, when I woke up on Saturday morning ready to roll out my protest A game – so did nearly every woman, child, and thoughtful man in Seattle. My city picked itself up, dusted itself off, and showed up as fierce and determined as ever.

I was pulsing with adrenaline as we got on the crowded light rail headed for the International District, and curious if things would escalate like they had the day before. When I stepped out into the sunshine and felt the excitement and energy building from a sea of protesters in pink pussy hats – I knew it would be a beautiful and peaceful, profound day.

I was not only blown away by the number of people in attendance, but also the vast number of young millennials and children with their families.

As we walked down 4th avenue, cheers started rippling through the crowd and in that moment, I felt connected to each and every voice. Like many Americans, the aftermath of this election has felt personal, and left a crushing weight on my shoulders, and festering hole in my heart. But I spent the afternoon in a haze of joy, and more empowered and hopeful than I ever expected. January 21, 2017 may have been a blip on this presidency’s radar, but it’s clear every nasty woman in America knows how to make an impact and this is only the beginning. Ok ladies, now let’s get in formation. 🙂