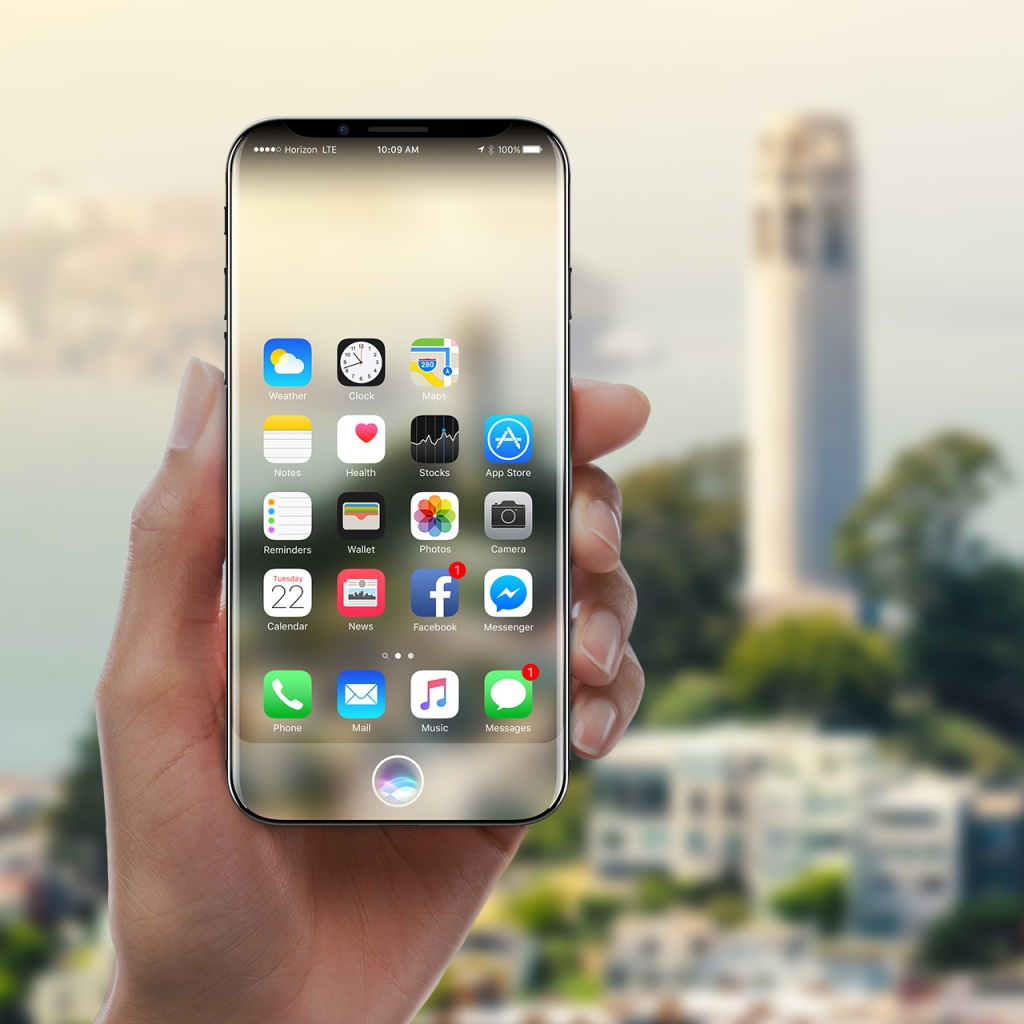 The smartphone wars continue in 2017: What to expect

Samsung recently unveiled its highly anticipated Galaxy S8 and in September, Apple is slated to release its much awaited iPhone 8. The new iPhone is a big deal to many because it will mark the 10th anniversary of the original iPhone that debuted in 2007. What exactly do consumers have to look forward to with these two new smartphones? Here is a comprehensive breakdown of what to expect with the iPhone 8 vs the Samsung Galaxy S8.

The Samsung Galaxy S8 has already officially been revealed and is scheduled for release in two weeks. It is a bit of a departure from previous Galaxy handsets as it features a 5.8 inch touchscreen that lacks the customary oval button at the bottom. It takes a nano SIM card and supports microSD expansion by up to 256GB microSD cards. Internal storage clocks in at 64GB and the phone is powered by 4GB of RAM and an oct-core Qualcomm Snapdragon 835 processor.

There are a lot of exciting features found in the Galaxy S8 that have never appeared on previous Galaxy smartphones. In addition to the fingerprint scanner—which has been around for a few generations—there is now an iris scanner for unlocking the screen. The screen itself is curved, similar to the Galaxy S7 edge and other “edge” dubbed devices. The bezels are tiny as the screen has a greater ratio with the elimination of the physical home button. The home button is now virtual and can be found inside the phone’s software.

Because of the deletion of the physical home button, the Galaxy S8 has its fingerprint sensor on the back of the phone. It is situated beside the camera. Of course, the screen is AMOLED, which makes blacks much deeper and colors that much more vibrant. The smartphone also still sports a 3.5 mm headphone jack, something that Apple did away with in its iPhone 7 and 7 Plus from 2016.

There is also a second Galaxy S8 device called the Samsung Galaxy S8+. The features are essentially the same as in the regular Galaxy S8, except the Plus version boasts a larger 6.2 inch screen.

In terms of sales, Samsung had the privilege of its 2016 Galaxy 67 edge being the top selling Android smartphone for the first half of last year. During that time, it shipped 13.3 million handsets, claiming a whopping 2.3 percent share of all Android powered smartphones worldwide.

Likewise, Apple sold more iPhones than ever in Q1 2017. It sold an impressive 78.3 million iPhones, meaning Apple is still on top of its game in terms of being the top seller of smartphones. It’s expected that the iPhone 8 will outsell even those numbers.

The iPhone 8 should see a major redesign to celebrate the 10th anniversary of the device. It is rumored to be similar to that of the iPhone 4 and 4S, with a glass body and a metal frame. Rumors have stated that this iPhone will also be the first to include an OLED screen, although there have also been mumblings of three iPhones being released this year: the iPhone 8 with its radical redesign believed to do away with the Home button and to include wireless charging and an iPhone 7S and 7S Plus.

While the release of three iPhones is to be seen, experts are positive that the iPhone 8 will be a vast departure from prior releases. The screen is said to be increased in size to 5.2 inches and have much slimmer bezels to support the elimination of the Home button and a possible addition of a Function Bar at the bottom. The Function Bar is supposedly similar to the Touch Bar included on Apple’s new MacBook, giving users quick and easy access to features. It’s unknown if the iPhone 8 will incorporate an iris scanner, but it is believed that it will include the fingerprint scanner that debuted with the iPhone 5S in 2013.