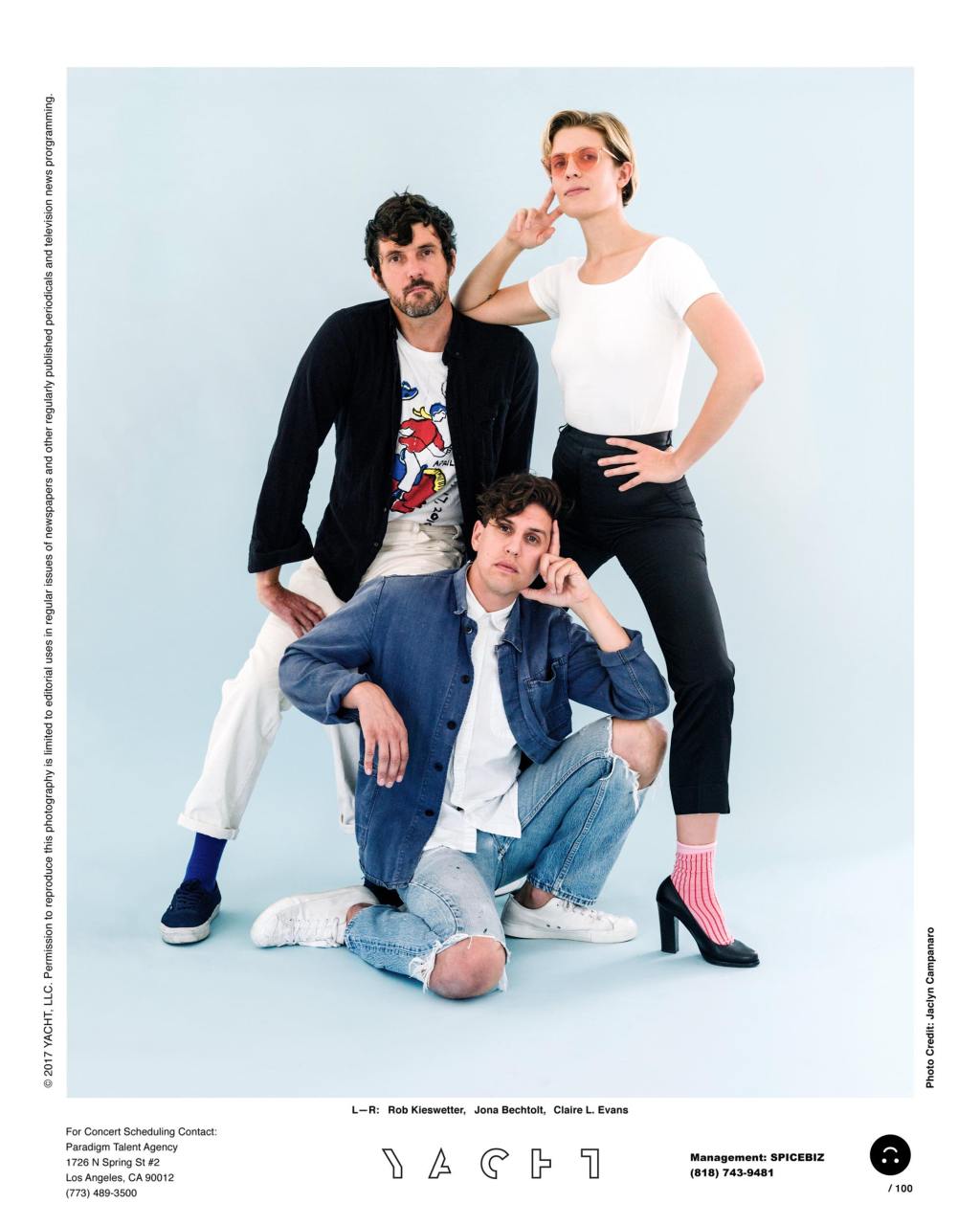 Dance pop purveyors YACHT, will be performing in Seattle at Barboza on Saturday, February 3rd in support of their latest EP Strawberry Moon which just came out November. Buy tickets here.

Strawberry Moon is a pop polemic about online culture, animal rights, and the deep loneliness of failure. The five-track EP is the kind of hyper, eccentric pop that YACHT do so well (stream it here).

YACHT began as the solo project of Jona Bechtolt, a musician and multimedia artist who dropped out of high school in the 90s to play drums in a touring punk band. Jona began recording as YACHT in 2002, releasing the largely instrumental Super Warren MMIV (States Rights Records) in 2003, followed by Mega (2004), and I Believe in You. Your Magic Is Real. (200). During this time, Jona also collaborated with Devendra Banhart, Bobby Birdman, Mirah, Little Wings, and The Microphones, among others, was a prolific remixer, and created commissioned multimedia performances for PICA, Rhizome, The Kitchen, and MoMA.

YACHT transformed from a solo project to a duo with the addition of writer Claire L. Evans, who joined the band with the critically-acclaimed See Mystery Lights, named “Best New Music” by Pitchfork and a “Critic’s Choice” by The New York Times in 2009.

Their 2015 album I Thought the Future Would Be Cooler was released on the back of a highly conceptual promotional campaign entirely architected by the band that was nominated for two Webby Awards. At the end of 2016, YACHT temporarily imploded. After a silence, they have returned with the five-song EP Strawberry Moon.