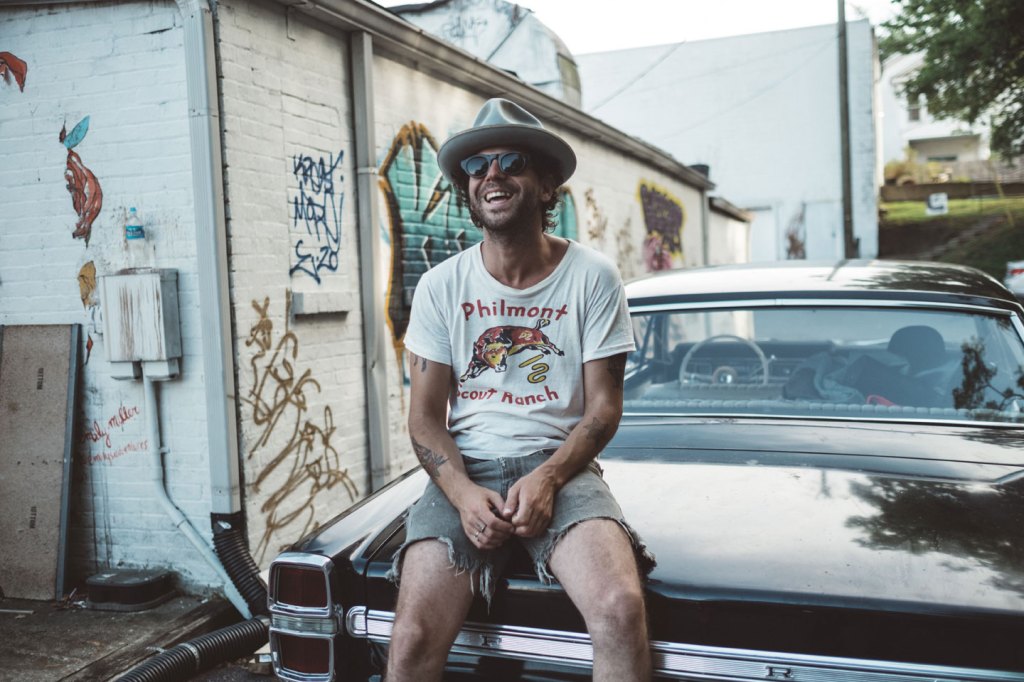 A favorite musician returns to Fremont Abbey this weekend.

Oh happy day(s)! Langhorne Slim has come back our way. Not only is Sean Scolnick one of the most passionate musicians you might ever get the privilege of seeing onstage; he also happens to be one of the kindest souls around. Last week we enjoyed some lovely phone catch-up, and here’s what the easy-going singer-songwriter had to say.

When we chat with Sean, he’s freshly returned to his Nashville home and jokes that he’s existing in a “constant state of slight delirium,” due to a recent travel schedule that would make any head spin. He’s just just flown in from L.A. where he was recording music with bandmate Malachi; before that, he was in Mexico, playing “The Avett Brothers at the Beach,” which he deems a “beautiful experience.” In fact, he wished the festival could’ve lasted longer, considering he was surrounded by talents and friends ranging from the Avetts and John Prine to Shovels & Ropes and Old Crow Medicine Show.

Mexico is also where the Pennsylvania native watched his beloved Eagles take home Super Bowl glory, a “surreal” happening, especially when the TVs froze for a 20-minute stretch. (He now hopes to figure out a time to re-watch the game in its entirety.) Many act surprised that musicians can also be sports fans, he notes. Yet having grown up just outside of Philly, Slim states, “It’s definitely in you. You can’t get it out.”

Tonight and tomorrow night Slim plays two sold-old shows at Fremont Abbey, one of the few Seattle venues he’s not yet played. “I keep hearing how incredible this spot is,” he comments, “and I’m not just saying that cos I’m talking to you or trying to butter up the readers. Apparently it’s a pretty special place.” We couldn’t agree more.

Slim recently released the stunning album “Lost at Last Vol. 1,” a title he views as a hopeful one. He says, “I’m trying to surrender a little bit more in my life, trying not to control things as much…when I have found myself in that zone, I feel that there’s more space for beautiful things to happen.“

He continues, “It’s sort of a call to allow myself to grow, to do the things that scare me and keep poking holes in the bubble that I think we all kind of create for ourselves. There is so much more out there than what we see right in front of ourselves, and I’m very interested in that. “

When asked why he’s chosen to be so open about demons he’s faced (like quitting drinking), Slim replies, “I don’t choose to be; it’s how I roll.” “This is another idea that intrigues me,” he says, “We are brought up (maybe especially boys) to believe that vulnerability and sensitivity are signs of weakness. I dispute that with all of my being.”

On the topic of drinking, he supposes he put it all out there in order to “be real” about what was happening in his life—and to hold himself accountable. “A lot happened as a result of that,” he says. “[Many] people reached out and maybe found some strength and comfort or something.” Slim believes that every single person is battling something (“that creature or another creature”). “If we can be more honest and talk more openly and freely without feeling shame or weak about it,” he says, “We can get a lot farther ahead—in so many ways.”

Slim draws the parallel between this subject and what’s currently happening in our country, at a time when “everybody is essentially yelling at each other, being sold this idea that we’re heavily divided.” He admits that, to some extent, it’s working.

And while he knows that this “fear fear fear” mentality is certainly nothing new, even his grandmother (in her late 80s)  doesn’t remember it ever being “as prominent, as prevalent, as egregious.” And yet, Slim remains optimistic about what might arise from these often precarious days. He knows that eventually, “something’s gotta give … I hope it backfires in a beautiful way.”

To record his latest album, the musician landed at a studio in Stinson Beach, California—an event he initially declares “accidental,” before quickly correcting himself to label it as “meant to be.” It came about after seeing Patti Smith at the Newport Folk Festival, during what he calls “probably the greatest concert I’ve ever seen in my life.” He had taken a break to the rental car, where he shed a few tears thinking about what he had just witnessed.

Right then, a dear, old friend happened to drive by, they started chatting, and talk of the Stinson Beach studio surfaced. Consequently, two or three months later Slim booked a ticket out west, sight unseen. “What an incredible studio,” Slim marvels. “What a beautiful place to be.”

When asked what audience members can expect of upcoming shows, Slim answers truthfully. “I would tell them if I had any idea what to expect myself!” This tour will be a bit different, since he’s doing it solo. He explains, “That was kind of the idea and the inspiration for this past record … to have songs that stand up as tall when it’s just me playing as when I’m with a full band.”

He shares that—this time—he was interested in making, in his own way, “a straightforward folk record.” (“I don’t know if that’s what I did!” he jokes.) And as much as he loves playing with his band, he is quite aware of the special connection that can evolve “when it’s just you up there, singing and talking with a bunch of people.”

So, the takeaway from our latest chat with Slim? Although the talented crooner unabashedly supports his hometown Eagles, his soulful, humanistic message is clear. “In the end, it kinda doesn’t matter what football team you root for or who you voted for,” he says, in that distinctive, gentle voice that will soon echo throughout the halls of Fremont. “We’re all in this together.”

And just like that, we’re suddenly feeling a tiny bit more hopeful, too.