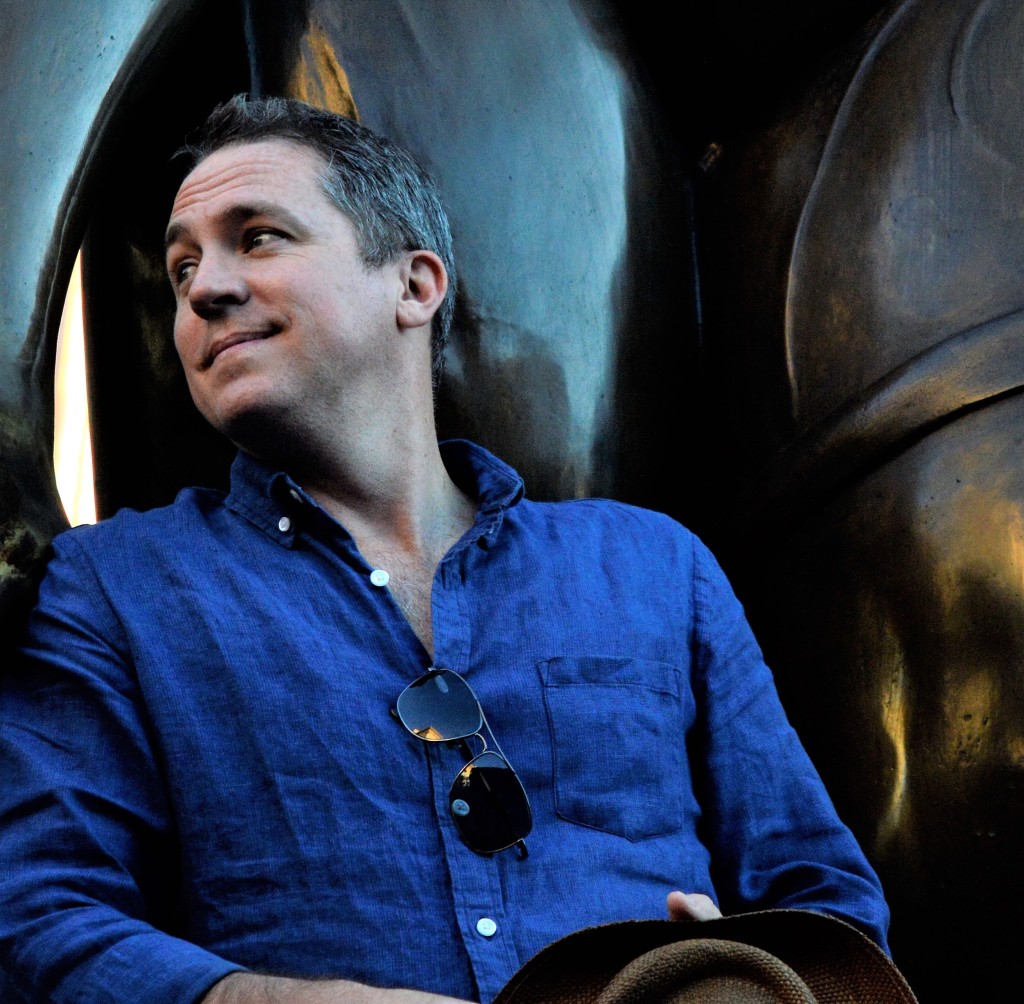 A local writer sends his first book out into the world.

Calling all wanderlusters, seekers and humans in search of something more. A local author has penned his first book—part travelogue, part self-discovery exploration—and we highly recommend you tag along for the exhilarating ride. This descriptive and passionate tale (“sensationalized nonfiction,” according to Tim) follows the transformation that occurs in Thomas Furey’s inner life, as he takes a leap of faith, pushes off from the known and spends a calendar year moving around India and Southeast Asia.

According to its website, A Curious Year in the Great Vivarium Experiment is described in the following way: “On the surface, it’s a story about a man in his mid-30’s coming to terms with the death of his parents. Beneath the facade, however, it’s a multi-layered literary novel in three parts (Spirit, Body, Mind) about an artist searching for his voice, a writer searching for his story, and the power of gratitude and intention to create our reality.”

Tim was kind enough to give us insight into his journey and the creation of his very first book—a project a long time in the making. 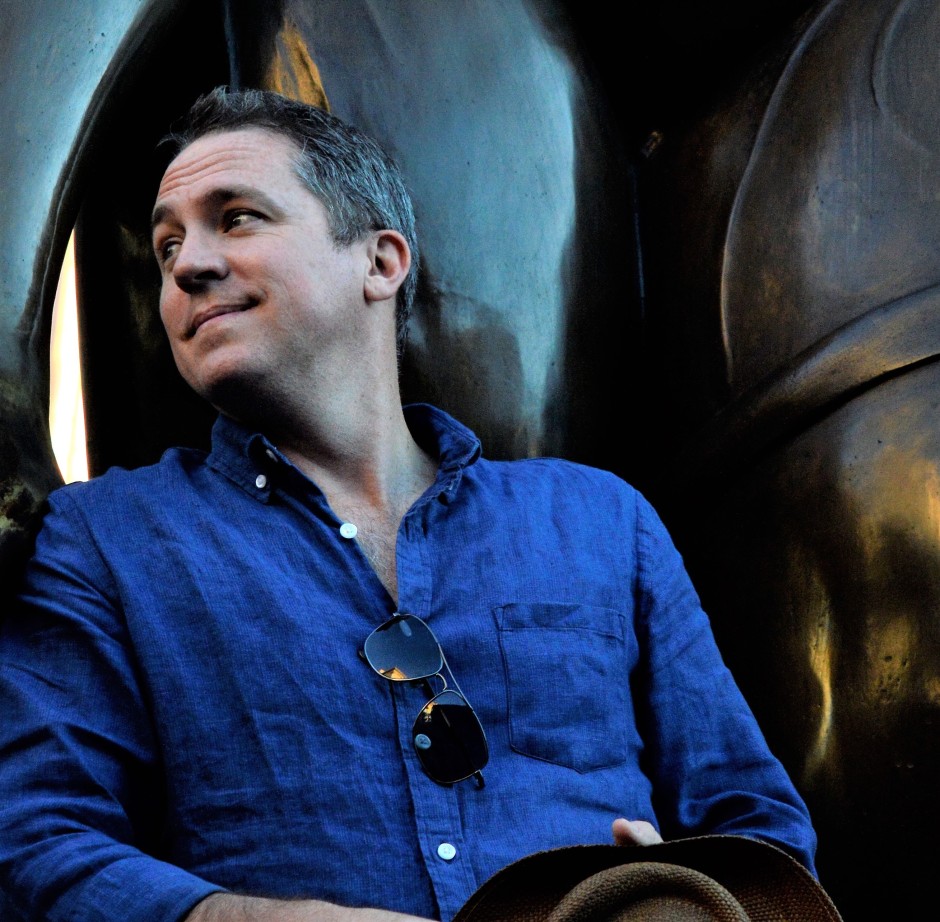 Seattleite: If you could sum up your book in three words, how would you describe it?

Tim Shields: Create. Surrender. Trust. (I’d also throw gratitude and intention in there but you only said three, so I digress.)

S: Since music plays such a large (wonderful!) role in your work, what three songs would you say best defined the travels you write about?

TS: These three songs are from scenes in the book:

• Eyes of the World, by the Grateful Dead (Perhaps because it’s a nod to my 17-year-old self, but to me this song is the embodiment of freedom and dreaming)

• Like a Rolling Stone, by Bob Dylan (As a traveler, I think the lyrics speak for themselves)

• Coney Island Baby, by Lou Reed (When the pace of travel became frenetic, this song allowed me to slow, step into the present moment, breath, and look around.)

S: What’s playing in your headphones these days?

TS: I saw Hiss Golden Messenger a few years back at Pickathon in Oregon, and ever since they have been a go-to. At the risk of ridicule and judgement, because people seem to have such a strong reactions, Phish is often in my rotation, especially when running. The Fleet Foxes, George Harrison, Radiohead, and the National are always tops.

I’ve spent a lot of time in Mexico in the last year and a half and so I’ve been heavily influenced by Latin music. Everything that ranges from the feel of Buena Vista Social Club to Zoé (check out the song Poli Love) to traditional Mexican music from the 1940s (which my Mexican friends find hilarious). When I’m in Mexico, I just walk around Shazaming songs I like and then throw them into my Mexico playlist. I will also admit to Bruno Mars as a guilty pleasure.

S: Have you always loved to write?

TS: I started keeping a journal at the age of 17, and from then on language became the way in which I saw, tasted, and engaged with the world. My first journal entry was September 29th, 1991. Last I counted, I think I have 52 notebooks of my life on paper.

S: How long have been sitting on this idea for a book?

TS: I had been working on a book proposal about the Rift Valley Children’s Village in Tanzania. I went there in 2006 after a job and a relationship ended in the same week. I kept sending it out to agents, then pulling it back, each time rewriting it. In retrospect, I was just really scared to put that level of vulnerability into the world, because the story was also about me and how I got there.

By the time I felt comfortable enough to let it go into the world, my mother passed away and everything changed. That was in June 2010, so that’s when I decided to buy a one-way ticket to India to find the next story.

S: For how many months/years were you actively working on it, and how exactly did the process unfold?

TS: This is a long story full of serendipity and synchronicity, but I started working on it as soon as I returned home from my trip, which was in July 2012. For a long time I was stuck on a draft and thought it was terrible. But then I really committed to my meditation practice and to being intentional about the conditions showing up for me to bring this book to fruition…and when I did that, one by one those conditions began to appear. In total, I was working on it for six years, but the last 2-3 years I really focused on it.

S: What do you say when people ask whether your book is autobiographical vs. fictional?

TS: What I said in my Author’s Note was: If I had my druthers, I’d call this “sensationalized nonfiction.” While it is based on an external journey I took after my mother passed away, the “truer” part of this tale is the internal journey. I say “truer” because this too has at times been fictionalized to serve the story. That said, make no mistake—this book is a work of fiction, as are the characters depicted. The last thing I need is a public lashing like the one Oprah gave James Frey.

So I definitely fictionalized parts of the story to serve the message of what I want to say about life and this crazy thing we call the human experience.

S: How did you piece together details from your travels?

TS: For the first six months of my trip, I kept a blog. To follow my journey, you had to be really committed because my blog entries were sometimes 10 – 15 pages, but my blog wasn’t really about (or for) the reader. To me it was about getting the first draft out of me. At some point I just felt like I didn’t want to share everything with the world, so I stopped the blog and just wrote my experiences in my notebook. At all times, however, I had a little notebook in my pocket to grab snippets of overheard conversations or to record thoughts and/or those little details that occur in our peripheral, details I would have otherwise missed.

S: Can you talk a bit about the title?

TS: The title is based on the Neukom Vivarium, a permanent art installation in the Seattle Art Museum’s Olympic Sculpture Park (Seattle has been my home base for the past 17 years). The definition of a vivarium is a place, such as a laboratory, where live animals or plants are kept under conditions simulating their natural environment, as for research.

The correlation between the installation and the book is that inside the vivarium is our life’s journey—a place where we engage in research (hopefully to uncover greater degrees of love, wholeness, and connection), but outside of the vivarium is the essential and unifying truth of existence: we are all united in a greater consciousness, which is the builder and organizing principle of all of life and matter.

Don’t let that title or the high-minded concept fool you—there’s enough sex, drugs, and rock’n’roll to pull in the laymen, but underneath it is a subversive philosophy of love and unity, as well as the message that the way to heal the world is to first love and heal the self.

S: What do you think makes travel such a transformational experience nearly across the board?

TS: It requires a level of surrender and trust not found in our everyday lives. You are also engaging with different people, ideas, and cultures, and this breaks down the ideas that we are separate. You also have to figure things out on your own, so that forces you to grow and stretch into the edges and seams of your life that you would never have otherwise.

S: What has been the best part of finally pushing this piece of art out into the world? The scariest? The most surprising?

TS: The scariest part was putting this incredibly raw, honest, vulnerable work into the world. It’s not just a story, it’s my heart and soul. When you put any work of art out into the world, it’s no longer yours, and therefore it’s open to judgement and interpretation.

The best part has been getting heart-filled emails from strangers who have told me how much my book has affected their life. Also readers telling me that as a result of reading it, they are now keeping a gratitude and intention journal, and how this simple but powerful tool is transforming aspects of their lives.

The most surprising thing about putting this work out into the world is the fact that for years and years I have always know my intention behind my work. I wanted people to think, act, and feel. I also wanted people to not be able to put it down once they started it. And I keep getting letters from people saying, “I read your book for three hours on a plane,” or, “You kept me up until 2am last night.” That has been the intention I have been putting into the world, the universe, the quantum field—whatever you want to call it—for years, so to me that’s just more evidence that our thoughts actually create our reality. And of course, this is what a large part of the book is about.

S: Is there a chapter or passage you’re most proud of (and why)?

TS: I love “Chapter 9. The Indian Night,” because it is an ode and a prayer of gratitude to all the people who have blessed my life. I also love the Epilogue. I actually participated in a psychedelic mushroom ceremony where for most of the day I sat in meditation. At the end, I had a literal download of the end of the book. Right when the download ended, Claire de Lune by Debussy began playing, a song that bookends the book. It was my mother’s favorite song. It was a fairly mystical experience, and in using the mystical experience at the end of the book, it allows the readers to discover what has always been behind the “veil,” and what has always kept my character from the greatest expression of himself.

S: What is the biggest compliment someone could pay you after reading your book?

TS: When someone tells me they see their own life journey in my words, because this book isn’t about me. I’m just the messenger.

S: What’s on tap for you next?

TS: I am just finishing a ghostwriting gig for a NY Times bestselling author. Since I don’t know what’s next, and because Seattle is expensive and quite the hustle, for the time being I’ve moved down to San Miguel de Allende, Mexico to begin work on my next book. It’s a follow-up to A Curious Year in the Great Vivarium Experiment. In my mind, I am living in my fourth book and each one is about another aspect of the evolution of consciousness.