This coming weekend, throngs of enthusiastic hippies and hipsters will converge on the Gorge Amphitheater in George, WA for the 2011 Sasquatch! Music Festival. This four-day extravaganza has entertained Gorge audiences over Memorial Day weekend for the past decade, and the list of previous performers reads like a veritable who’s who of post-millennium indie rock, hip-hop, electronic and comedy favorites. 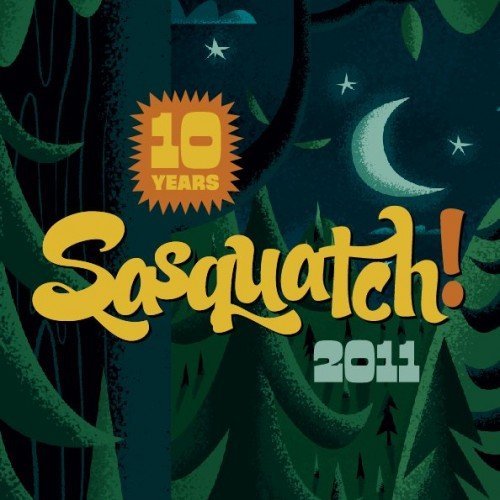 This year, The Foo Fighters, Death Cab For Cutie and Modest Mouse are headlining the 100+ musicians, comedians and other acts slated to appear onstage between Friday and Monday. In honor of this awesome annual festival, some Seattleite staff members have offered up their favorite 2011 Sasquatch! performers.

Erin Thomas, Wine Aficionado | Iron & Wine, because they are one of the most unique modern artists around.

Dallas Keefe, Intern | Out of the bands performing, I like Death Cab for Cutie‘s type of rock music. There’s not too much screaming like those rock bands you can’t even understand, but they’re not classified as an “Emo” band, either. They fit right in between. I also enjoy their sensitive songs.

Jane Yuan, Publisher | Cold War Kids, because their album, Robbers & Cowards, is one of the best road-trip albums ever. I just did a road-trip to Whistler and played this album on repeat, and it was awesome!

Jessica Wyrick, Contributing Writer | Flogging Molly, especially when I am in the mood for a Guinness and a little Irish jig.

Jon Meyer, Food + Travel Aficionado | Reggie Watts is always ridiculously good on Conan – funny in both spoken word and musical comedy. Matt and Kim have crazy energy, pushing their music from upbeat to a point where I think one of them is going to collapse.

Brad Nehring, Associate Editor | I caught the Against Me! show at Neumo’s in January, and they were awesome — really energetic and uptempo. The Flaming Lips also put on an amazing live performance — I saw them at Sasquatch! five years ago and I loved the dancing Santas. Wilco, Old 97’s, Rodrigo y Gabriela, The Glitch Mob — this year’s lineup is fantastic!

Kelly Skahan, Senior Editor | I’m fairly stoked that Macklemore is on the schedule, and I’m really excited that Sasquatch snagged Sleigh Bells for Saturday. I’ve played “Rill Rill” on repeat too many times to admit publicly, and my friends and I have a theory that it’ll be the next “Paper Planes” once somebody puts it in a movie trailer.