Let Seattle Restaurant Week be your excuse to explore the mystery of Mistral.

The Seattle restaurant scene often rests on its local (bay) laurels. We’ve become masters of Northwest comfort food, elevating put-a-bird-on-it idealism to a rung of sheer ridiculousness. So my experience at Mistral Kitchen was a breath of fresh, cutting-edge air. Yes, you’ll find nods to hippie-dippie culture on the menu like ramps and fiddleheads, but when they use them, it is with a sparing, thoughtful hand rather than smattered all over the plate like so many blobs of locally-foraged seagull scat. 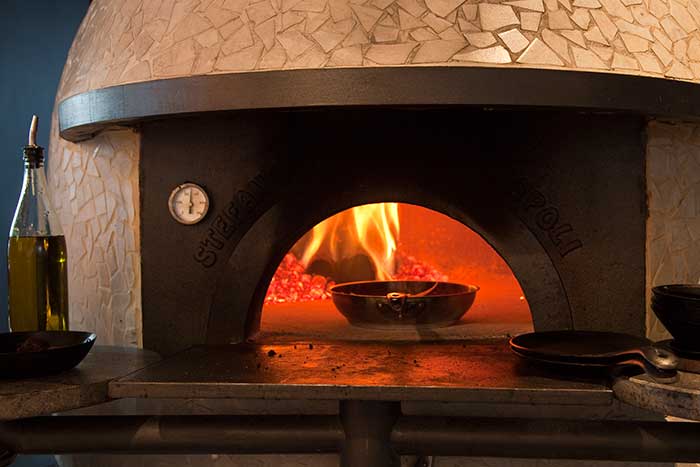 Mistral Kitchen is one of 150 places participating in Seattle Restaurant Week, so if you haven’t been, now is the time to embrace change. For $28 you will enjoy a first, main and dessert- a deal so great you’ll have plenty left over to splurge on wine or one of their carefully-crafted cocktails featuring by far the chicest ice cubes in town.

The menu, including that for Restaurant Week, changes daily, but there are plenty of vegetarian, seafood and meat options. On a recent night, the Restaurant Week choices for main course were Alaskan Halibut, Ramps and Asparagus –or-Spaetzle Gratin, Leeks, and Bechamel –or- Anderson Ranch Lamb Loin, Spring Garlic, Olives, and Broken Potatoes. Not a bad apple in the passel.

But let’s talk about dessert. Sweet sorceress Lucy Damkoehler picked up the pastry reins at Mistral back in August after a three-year stint at Taste SAM, where she revolutionized the art of dessert in a drab town. Now that she’s at Mistral, she has an arsenal of modern kitchen gadgetry at her fingertips such as a combi oven that uses both steam and convection to produce precisely-cooked pastries every time.

Mistral’s chef/owner William Belickis is a collector of kitchen tools, but none are arbitrary. On a recent tour of the kitchen, it was obvious every seemingly-esoteric gadget saw heavy use, from the tandoor oven to the cryovac that could vacuum seal a large midget.  There is a Pacojet on hand, which is a nifty device that, among other things, allows all ice cream custards to be churned at-the-minute for each guest, rather than developing freezer burn in a walk-in over days.

Damkoehler shows off both whimsy and mastery in her deft ability to incorporate savory elements into her confections. Her frozen passion fruit terrine with citrus pavlova, sweet pickled ginger and cilantro syrup is perhaps not a dessert I would have willfully ordered because the ingredients sounded discordant in my mind. I was wrong. She nailed the combination of sweet passion fruit with spicy cilantro, mixing citrus in the middle to soften the savory blow.  She also has a firm understanding of where to use texture to emphasize flavor. The pavlova itself was equal parts air and crunch, evoking a surreal synesthesia with every bite.

The physical restaurant space was designed by Belickis in conjunction with esteemed architect Tom Kundig, famously known as the rockstar of residential architecture. It’s aesthetically striking in a hypermodern sense, which is also a great way to describe Mistral’s cuisine. The pie-slice-shaped restaurant is actually a series of concentric triangles with the dish pit at the core. There are multiple points of entry and exit for most of the zones, something that prevents bottlenecking and promotes efficiency. While steel and concrete define the finishes, the design coaxes warmth out of small details like raw pendant lights, cozy seating configurations, and several dining zones that feel more like living rooms than restaurant halls.

At Mistral, the purpose of everything from the gadgets to the architecture to the décor is to emphasize the food. An evening at Mistral is a chance to step into a parallel universe that is designed with the exclusive goal to make patrons happy, whether it’s happy hour, a quick bite of wood-fired pizza or a 50th anniversary dinner. For a truly memorable experience, step inside the Jewel Box, Mistral’s restaurant-within-a-restaurant. In that space, chefs push the envelope of New American Cuisine. It’s best to check preconceived notions at the door because by the end of the night they’ll all be upended anyway.

Mistral is open for Restaurant Week until April 19th excluding Friday and Saturday nights, when only the regular menu is available. For more information or to make a reservation, please see their website: Mistral Kitchen.