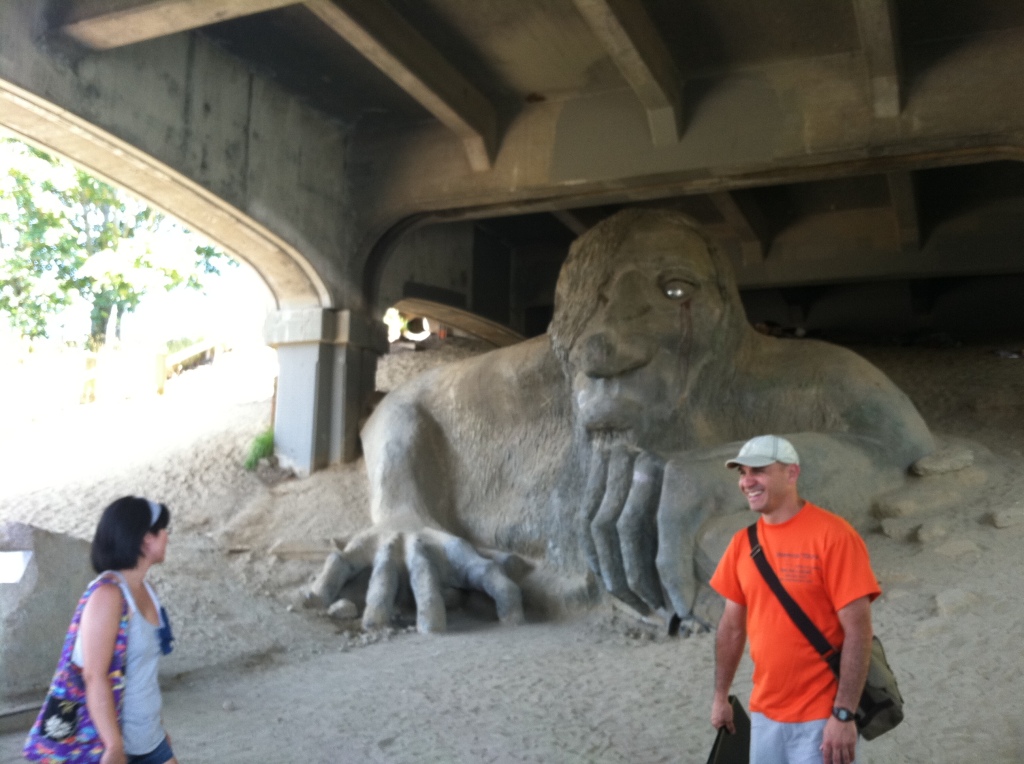 “Be active, go green, and feel like a local.”

Jose Antonio Tello (or Tonio), the founder of Immersus Tours, knows a thing or two about observing cultures with fresh eyes. In 1990, he moved from his native Peru to Miami and, in 2001, he relocated to Seattle. Tonio then spent much of 2006 exploring Brazil and Scandinavia before returning here in 2007. After the collapse of his employer (Washington Mutual Bank) in 2008, his vision for Immersus became clearer.

Since the tour company’s inception, he’s done his best to share with others the Seattle flavors that have caught his eye. The design of the tours have proven unique enough that visitors and locals sign up to come along. The ever-evolving excursions are interesting, somewhat build-your-own-adventure (no two tours are exactly alike) and “green” (tour goers get around on foot and by riding public busses).

The concept of the tours? To immerse oneself in Seattle culture and, at least for the day, live like a Seattleite. On the company website, Tonio writes: “Immersus is the Latin root for immerse which means to engage wholly or deeply. Walking is what I do the most when I travel in order to taste the local flavors of the cities or towns. Immersus Tours came as an idea in 2006 when I decided to go on a six-month backpacking trip to South America and Scandinavia. My idea was to visit the regular spots as any other tourist but I also wanted to see where the locals were hanging out.”

The five-hour excursions include approximately four miles of walking, although tour goers hardly notice how much turf they’re covering thanks to intermittent bus rides and frequent pit stops at sites, shops and cafes. Antonio keeps the vibe friendly and informal, while sprinkling tidbits of history, fun facts and insider tips throughout the adventure. (For example, did you know that, in 1969, the Grateful Dead performed the Green Lake Aqua Theater’s final concert at the 5,600-seat venue–with a floating orchestra pit–built in 1950 for the city’s first Seafair Summer Festival?)

Several days a week (see below), the tour convenes downtown at the Hard Rock Cafe gift shop and immediately continues via bus to the Green Lake neighborhood. After a lakeside stroll among the mid-morning joggers, skaters and stroller-pushers, the group makes its way on foot up to Tanglewood for samples of Mighty-O‘s tasty organic and vegan donuts before wandering the residential streets of Wallingford. Once on 45th Street, groups stop at venues ranging from Fainting Goat Gelato to The Erotic Bakery (no photos allowed inside), bantering with local business owners along the way. The group then strolls past Dick’s, a Seattle institution of sorts, before hopping on a bus down the hill to Gasworks.

After soaking up stunning city views from Seattle’s favorite (manmade) mound, the tour gets a mid-day energy boost at the Fremont Brewing Company, where a few hoppy samples make tour goers a bit chattier as they meander to the nearby bridge where the neighborhood’s notorious troll resides. Finally, after a brief Fremont lunch at the group’s stop of choice, the tour members follow their noses to Theo Chocolate Factory, the source of the decadent aroma wafting down the streets of Fremont.