Reuben’s Brews opened earlier this month in a converted warehouse in Ballard and the place is already hopping.  The brewery is family owned and operated by husband and wife, Adam and Grace Robbings. 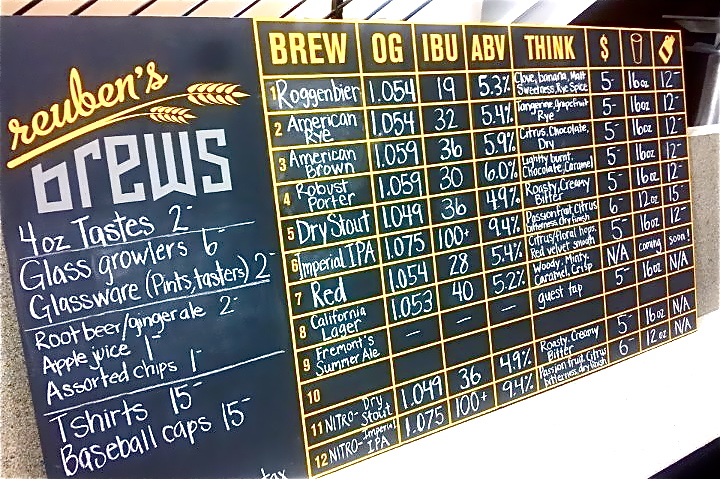 They named the brewery after their son Reuben, because he was born around the time Grace bought Adam the home-brewing kit that eventually led to Reuben’s Brews.  An intensive UC Davis brewing program, many batches and several award-winning beers later, Reuben’s Brews is making tasty artisan ales. Make sure to try all of the following beers:

Roasted Rye IPA:  Won first place in “People’s Choice” for the 2010 PNA Winter Beer Taste. This is what happens when a regular IPA gets down with some chocolate.  Perfect for those cold Seattle winter nights.

Reuben’s Porter: This beer leads with strong coffee and roast aroma, followed by caramel to form a complex and rich porter.

Taproom hours are Thursday and Friday, 3 p.m. to 8 p.m.; Saturday noon to 8pm.; Sunday noon to 5 p.m. Come into the brewery, have a drink or two and enjoy the space, then buy a growler and take some beer home with you.