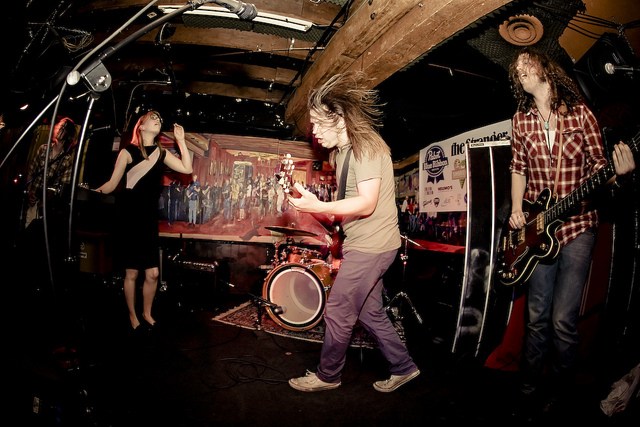 This weekend will be the 10th and final installment of Noise for the Needy, a music festival and nonprofit organization that has been raising money for charitable causes for the last decade. NFTN has hosted hundreds of bands and raised thousands of dollars since its first Seattle show in November 2004. The last installment of Noise for the Needy will be a great way to end Seattle’s summer music festival season and enjoy the last bits of sunshine! Read about why and how NFTN lasted so long.

Prior to the Seattle launch of NFTN in 2004, the festival already existed in California. Dave Green, who had a great interest in social work, created the festival while working at a local radio station and manned the soundboard at live shows. He brought together the local artists to help raise money for Mary’s Kitchen, a struggling soup kitchen run by Mary McAnena. That was 1992.

Dave’s brother, Rich Green, lived in Seattle at the time and they both realized that although what Dave had in California was great, the music community in the Northwest was completely different, and the culture up here was actually a better fit for bringing music and social causes together. So, NFTN was moved to Seattle, WA and Richard became the director.

It’s hard to say what makes the Northwest music community magical but the culture brings people together in powerful ways and continues to keep giving.

Within the last year alone NFTN has helped collectively raise over sixty thousand dollars for the Vera Project, Ballard Food Bank, and Urban Rest Stop. For the last two years the festival has occupied venues in the Ballard neighborhood but prior, it was city-wide. Richard said some of the highlights for him were: Talib Kweli headlined the Showbox Market in 2008 and local acts Grayskul, Gabriel Teodros, and Common Market opened up the show benefiting Urban Rest Stop that year. “It was great to see our local artists sharing the stage with the national acts. There was so much energy and appreciation for everyone,” said Richard.

Austin’s Black Angels also performed that year at Neumos. The previous year Okkervil River played, benefiting the Rise ‘N Shine organization, and afterwards went out to get hot dogs at Shorty’s with the NFTN crew. “That was fun,” Richard laughs.

NFTN didn’t always take place in the city’s high-profile venues. Like all events, they had to get people excited about what they were doing and build their following. They started small and this year they want to end big. NFTN may have just reached its peak these past few years and Richard said he wants to end the festival’s running with amazing memories.

If Seattle’s trend of passionate musicians continues, there wont’ be a shortage of music events for the city to enjoy long after NFTN is gone.

“It’s rare to see so many people in one place so extremely passionate about music and active about pursuing music as a career. Musicians here always seem to figure out how to stay in it,” said Richard, who hinted he and members of the NFTN have plans to begin a new music-oriented fundraising projects. What they will involve? No details were given so we’ll just have to wait and see.

For everyone involved with NFTN, it’s sad that this will be their last festival, says Richard, but he’s even more happy and excited for what gets him pumped year after year — the shows.

Conor Byrne:
Hallstrom
&Yet
Sebastian and The Deep Blue
And more
9pm. $10 21+

For a complete schedule visit the Noise For The Needy website.