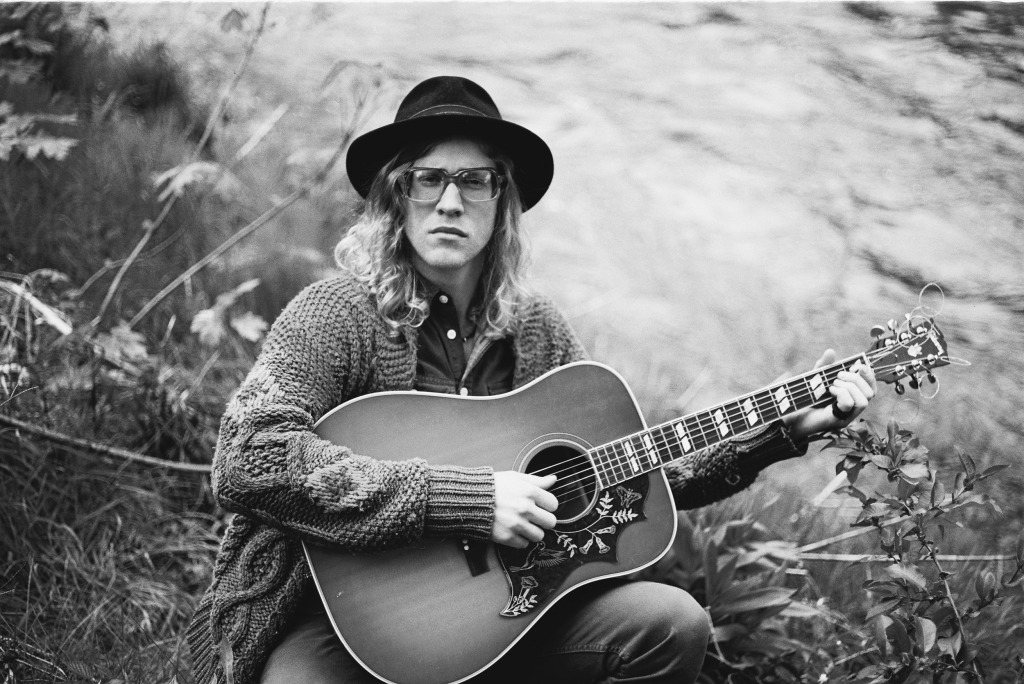 When I was first introduced to Allen Stone’s music many years ago, I’ll admit after hearing his soothing sexy voice, I didn’t picture him looking quite like he does; a scraggly blonde mop of curls flowing down his shoulders, big bottle glasses and a wide toothy grin. Allen embodies everything I love about the PNW culture, and he’s never pretended to be anything other than himself, nor has his music. I’m hooked on his quirky style, and I’m glad he’s been widely embraced by the Seattle community. As I’d mentioned in my last review of Mr. Stone, I think the rest of the nation has finally caught wind of NE Washington’s soulful love child.

As a tribute to his roots, Stone is embarking on STG’s evolution of an artist series, five performances across several stages in Seattle where he’s created fond memories throughout his career. This series is meant to recreate Allen’s rise to stardom, with local opening acts all handpicked by the man himself. Patrons will enjoy old favorites, and also get a taste of his soon to be released album Radius. This album has the fun and playful vibes and resonating lyrics we expect from Stone, but he’s really gone above and beyond, exploring his creativity and experimented with new instruments and elemental genres. He gets downright funky one minute and the next he’s professing his immeasurable guilt from the American privilege. He continues to embrace his curiosity and set the creativity bar out of reach for those following in his footsteps, and as a writer, I find myself constantly impressed with his content of choice. Stone is crushing topics we expose and dissect in the media from day to day, but he’s addressing them in a different arena, one historically dedicated for entertainment. I had some time to catch up with Allen last week, check out what he had to say about his upcoming album, and week long celebration tour in Seattle.

Tell me a little bit about your inspiration for the new album?

I got out of Seattle for this one, we went and made it in Sweden. I have so many friends, loved ones, and favorite bars in Seattle,  I never end up getting anything done when I’m here, so I had to get on out in order to focus on making a record. I wanted to create something I was excited about and I met with a handful of producers, some known, some not well known. None of it felt quite right though. I went to Sweden to do a writing session with a producer, and right away felt comfortable. It felt fun, and challenging. A lot of it [inspiration] for me, came from trying to beat the things I’d written previously. This is what continues the process of artistic movement. It comes from writing music I’m proud of.

Is there a song in particular from Radius that resonates with you?

I really like the song Fake Future. I love that song, the influx of the relationship with technology and art. My fears of the human element being completely relieved of the artistic realm, as we turn to technology instead of the human influence. It is also just really funky, and a new flavor of funk and soul.

Radius is the distance between the center of a circle and its exterior, and this record is just that for me; the summation of my heart to my flesh. The all encompassing senses,  and understanding the world around me, if that makes sense. I probably wrote 80 songs for this record, its been a huge labor of love for me. At the end of it all, it didn’t have an overwhelming theme, except a non theme. Its almost like me, as a human we encapsulate so many different attributes of who we are.  This record touches on how those attributes align. There is the socially conscious side, political, romantic, the side of me that likes to get wild and make bad decisions. It touches on all of those ligaments.

You must have some funny stories from recording; tell us about something funny that might have spawned something great – give us the inside scoop!

I wrote a song called Voodoo for the record – me and my producer, spent 15% of the time in my studio at my cabin in NE Washington, 15% in LA, and the rest in Sweden. At my cabin, my girlfriend had made these tempura rice balls, they’re seriously the greatest thing I’ve ever put in my mouth. She brought them out to us, I grabbed it, and I immediately looked at her, and I said “What kind of Voodoo do you do?”…

[Allen broke out in a jam session here a bit, now of course I’ve been drooling over these rice balls, that sparked this Voodoo ever since!]

Your music and style has been very well received in the Seattle area, what do you attribute that to?

I don’t know! If there was a science to it we would all be musicians, luck for sure. There are so many great musicians in the Seattle area that people just don’t hear. The only thing I can attribute any of the love and “notoriety” to has all been based on luck. There is so much good art out there, and the artists put hard work and effort out there, and don’t get the credit, but people do it because they enjoy it. I am just an extremely lucky case.

Piggy-backing on that last question, this concert series must hold a special place for you, given your upbringing in Washington. What show are you most excited for? Are there bands you’re excited to play with?

I’m so stoked about all of it, I really like the Crocodile, I have so many great memories in that place, one of the first shows I ever played in Seattle was there. It is such a historic room, with great vibes. I’m really very stoked about that one.  I handpicked all of the bands, I’m really excited selfishly, for Kris Orlowski, he is my dude, I love that guy. SISTERS, is so great Emily & Andrew. There is this cat out of Bellingham, Manatee Commune who is a DJ, looper – he is a wizard, a Mad scientist. I’m overjoyed and thrilled. I haven’t had a record out in a long time, and I think the last time we played around Seattle was at Chateau Michelle. I didn’t know if people were going to come out and give a shit, but we had a wonderful reaction from the community. I’m so thrilled, and flattered, Seattle still gives a shit about me!

We certainly do! Don’t miss one of his upcoming shows next week across Seattle: