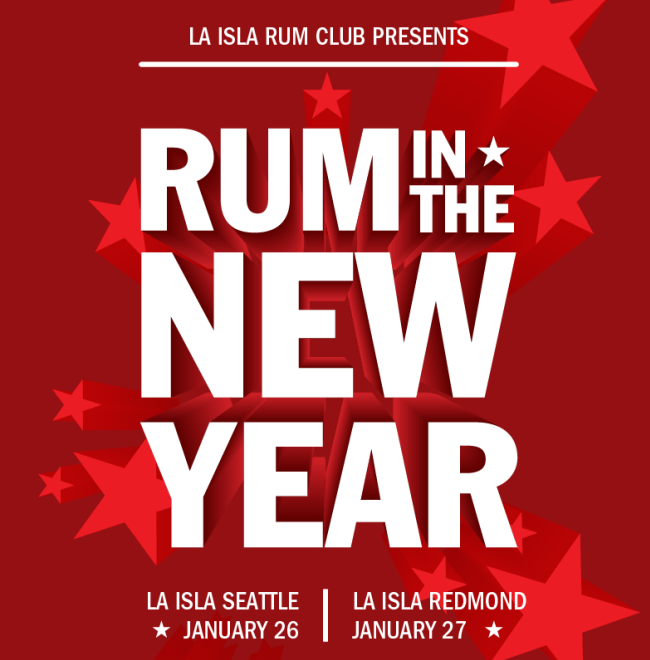 Rum has earned a bad rap as the drink of pirates and the base of fruity cocktail drinks. While that is totally true, there is so much more to this versatile spirit than Mai Tais and Grog! The chicas y hombres at La Isla are more than happy to introduce you to some of the finest rums, rum cocktails, and food pairings. Each month, the staff excitedly dedicate a themed night to do just that, with small plates designed around rums and cocktails. 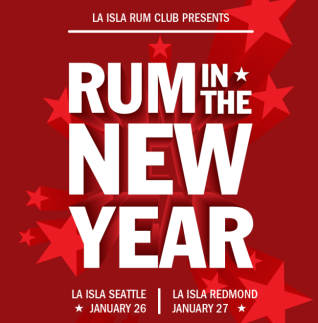 December’s theme was a Holiday Special featuring a Cranberry-Ginger Mule, a Kirk and Sweeney 18 Manhattan, Hot Buttered Rum, and the Puerto Rican take on eggnog, Coquito!

This month, themed “Rum in The New Year”, promises some unique and intriguing rums from brands big and small with the following:

No pre-purchase of tickets or membership is required–just a willingness to try good food and rum! They do ask that you RSVP via Facebook for a head count since space is limited.

RSVP here for Redmond and Ballard

Enjoy some fine drinks teamed up with tasty tapas next Tuesday and Wednesday at La Isla Ballard and Redmond!

If you can’t make it out to Rum Club, La Isla also hosts a Tiki Takeover the first Tuesday (Redmond) and Wednesday (Ballard) of every month. You’ll be sure to find food and drink specials on the Classics, fresh twists, and La Isla originals featuring Mount Gay and Bacardi Premium Rums.