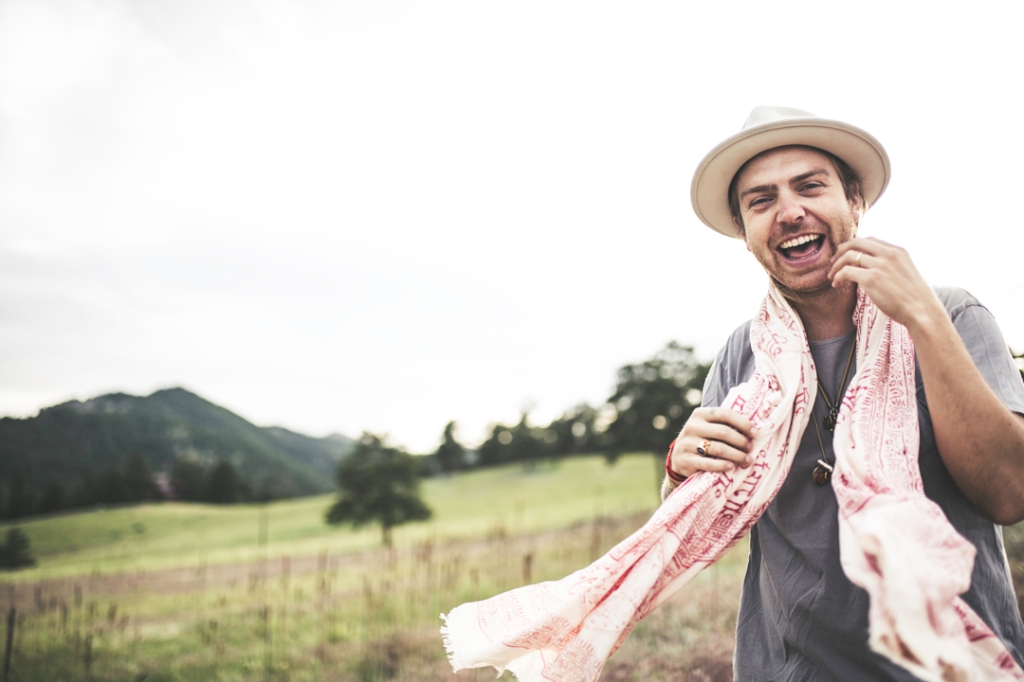 Music with soul comes to the Neptune this Sunday.

Raised on an island in South Carolina, singer/songwriter Trevor Hall realized at a young age that music was more than simply a passion. His journey has been a rich one, and we’re thrilled to host him here at Neptune Theatre this Sunday, November 12. As he launches The Fruitful Darkness, his first independent release, we caught up with Trevor to ask some questions about life—then and now.

Seattleite: What was it like growing up on Hilton Head Island?

Trevor Hall: It was really beautiful in the sense that it was a small town surrounded by the elements, nature, and wildlife. All that was really special. On the other hand, it is a tourist destination, so a lot of activities revolve around golf, tennis, country clubs—things that didn’t resonate with me at all.

But in a sense it was wonderful that I saw all of that because people had big homes and money, but I could see at a young age that there were still problems. These things can’t be the goal of life; they can’t make you happy. It was an interesting lesson to learn early on.

TH: When I was first making music it was very surfer oriented—very influenced by Ben Harper and Jack Johnson. As time went on and I became more devoted to my spiritual path, the music theme really took on a deeper theme and journey. It started describing my internal journey.

S: In what ways have your meditation and yoga practices altered and enhanced your approach to music?

TH: They’re kind of the same thing to me. Music is meditation, meditation is music, and both of them are about getting out of my own way. No effort, and letting something greater or higher speak through me. Two different tools, same goal.

S: What words of wisdom would you offer to your younger musician self?

TH: I would say “relax”— don’t take yourself so seriously and make sure you enjoy the journey and don’t think so much about the destination.

S: You’ve worked with some incredible talents over the years. What were a few of the most memorable collaborations? Who else is on your collaboration “wish list”?

TH: They’ve all provided a different color and mood and have each taught me lessons, so it’s hard to pick who was the “best.” My most enjoyable collaborations are the ones I do with my friends, that have no stress upon them. When we’re not trying to make something happen, just the natural spontaneous expression of the soul.

As far as people I’d like to work with in the future, or dream collaborations—I’ve been a Björk fan forever. She’s always been a queen bee in my mind, and even though our musical styles are very different, I think it would be crazy to sit down with her to see what happens.

S: How is this album different than others you’ve released?

TH: Sonically it’s different in the sense that I’m kind of stepping out of my comfort zone when it comes to sound, and using sounds that I wouldn’t have normally used and styles that I wouldn’t have normally played. It’s different because it’s my first independent release, and we’ve built it with our community, friends, villagers and family rather than relying on a label—and that has really provided such different feelings and emotions. I don’t feel so removed from my fans, during the recording process.

S: How did you come up with the idea to release three songs at a time?

TH: At first it was my manager’s idea. I wanted to make sure each song got its proper space and breath to tell it’s story … Sometimes when we release 12 songs at one time, certain songs overshadow other songs, some songs get lost, and some stories don’t get told. I didn’t want that to be the case with this album.

S: What would be the biggest compliment a listener could pay you at this point in our life/career?

S: What can Seattle listeners expect of your show here on November 12th?

TH: Well, we’ve really put a lot of work into this new tour from the standpoint of production. We’ve put a lot more energy into the show, with lights and visuals, which are almost just as important to me as the sound. We’re sharing these new songs and stories, so the show is really fresh, and giving a whole other perspective to our project and music style.

S: What’s currently playing in your own headphones?

TH: Putting out the Kickstarter campaign and really not knowing how it would go or what would happen— and seeing the overwhelming love and support from our fans. I don’t know how it can get better than that.

S: What do you wish for the year ahead?

TH: I hope that we can continue doing what we love, because I don’t take it for granted and it can stop at any time.