Seattle’s largest, locally produced brunch event, Bacon, Eggs & Kegs is returning for its third and biggest event Saturday and Sunday, August 27-28 at CenturyLink Field from 11 am – 3 pm! We’ve attended the past two events and it’s not to be missed. We love the demos, photobooth (in a giant inflatable skillet!), and all the tasty brunch dishes. The Bloody Mary bar is like nothing we’ve ever seen before! 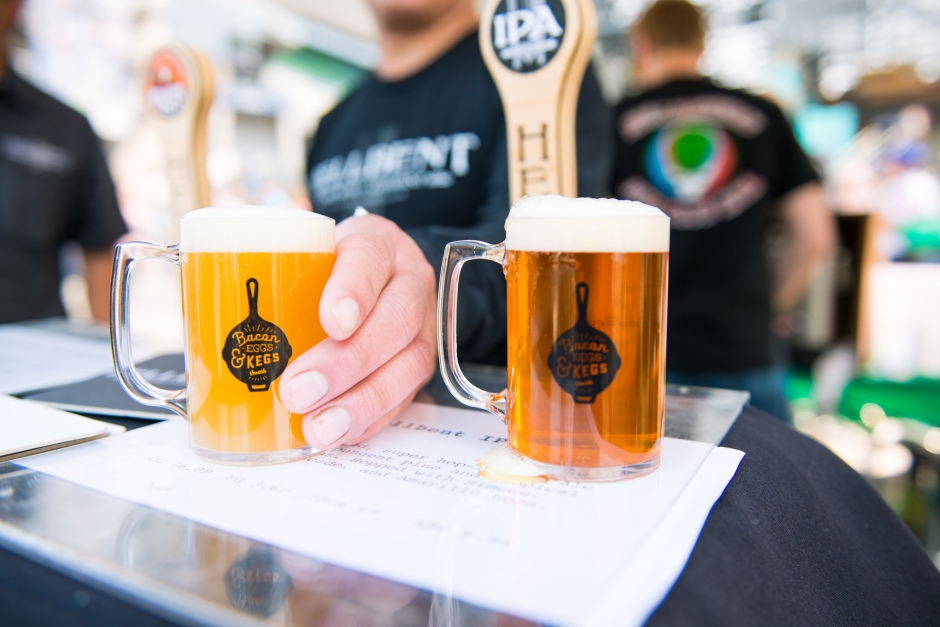 Early bird tickets for the event are $35 per person per day and include 12 tokens and a 5oz souvenir beer glass for beer and cider tastings (one token each). Tokens will also buy full 12oz beers (two tokens), Bloody Marys (three to six tokens), Irish Coffee with Brown Sugar Bourbon from Heritage Distilling (three tokens) and mimosas (two tokens).

Food is purchased separately at each restaurant stand or food truck. Tickets are available for purchase online now at baconeggsandkegs.com.

The event benefits local nonprofit, The World Is Fun, a Seattle based charitable organization that has donated more than $1 million in service to the Seattle community since 2009.